Punjab registered a six wicket win over Kochi in their IPL match at the Holkar cricket stadium in Indore. The visitors scored 181 in 18.5 overs after some jitters. 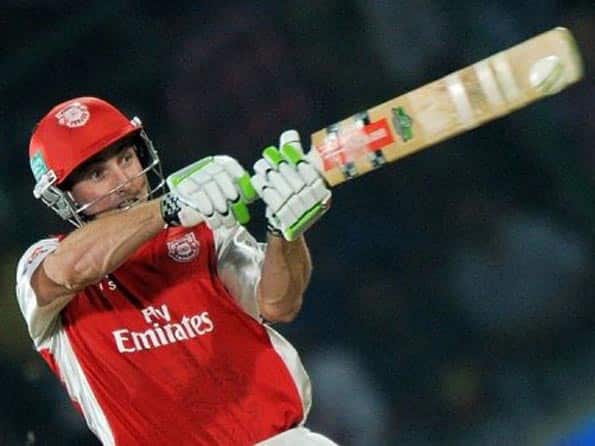 Punjab batsman in action during their IPL match against Kochi AFP

Punjab registered a six wicket win over Kochi in their IPL match at the Holkar cricket stadium in Indore. The visitors scored 181 in 18.5 overs after some jitters. David Hussey and Mandeep Singh saw through Punjab after RP Singh removed Shaun Marsh and Dinesh Karthik in quick time when it looked as if Punjab looked to run away with the match as the visitors reached 145 for four. Punjab require 34 from 30 balls.

The Kochi bowler first had Dinesh Karthik for 69 to break the century stand with Marsh. He then had Marsh caught off his own bowling for 42.

Karthik cantered Ravindra Jadeja for two sixes in the thirteenth over before Marsh smacked Prasanth Parameswaran for two boundaries. Marsh hardly took time to settle down before hitting three boundaries off Sreesanth and then coming hard on Prasanth Parameswaran smashing a boundary and a six in the tenth over. Karthik was not to be left behind clattering Vinay Kumar for a boundary in the seventh over and then crashing a six and a four in the Vinay s next over.

Earleir, RP Singh struck twice to put Punjab on the back foot after openers looked to blaze away. The Kochi bowler had Adam Gilchrist caught behind for nine after he had sent back dangerman Paul Valthaty in his earlier over. The Punjab skipper kept getting the odd boundary while Valthaty smashed RP Singh for two sixes in the third over.

Chawla back as Punjab win toss, elect to bowl against Kochi