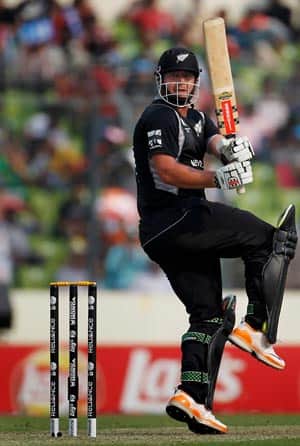 Yuvraj was dismissed by Shalabh Srivastava, who claimed two wickets in the match giving away 20 runs.

Manish Pandey departed after scoring 28 off 30 balls. Ryan Harris provided Punjab a crucial breakthrough when he dismissed Robin Uthappa for 22. Uthappa hit three boundaries in his innings of 22 off 18 balls to bring Pune close to the target.

Earlier, Pune Warriors India lost their first wicket in form of Jesse Ryder, dismissed for 15 by Bhargav Bhatt. Before his dismissal, Ryder hit three boundaries and added 32 runs with Manish Pandey. The Pune openers started off on a confident note, hitting boundaries all over the park.

Robin Uthappa, who joined Pandey at the crease, hit two consecutive boundaries to pace up the Pune innings.