Chennai Super Kings batsman Suresh Raina said bowlers made the decisive difference in his team's 10-run win over Deccan Chargers in their IPL match on Friday. 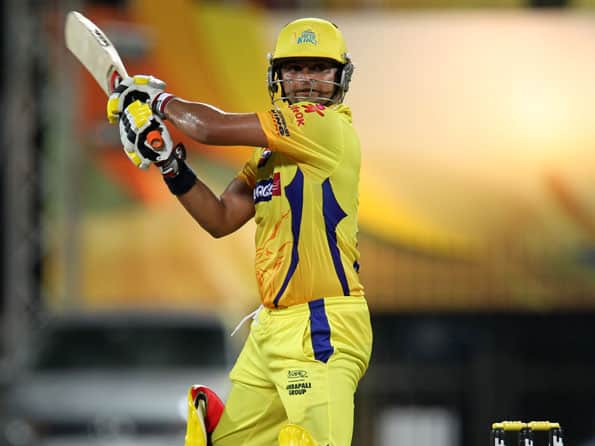 Chennai Super Kings batsman Suresh Raina said bowlers made the decisive difference in his team’s 10-run win over Deccan Chargers in their IPL match on Friday.

“It was Ben Hilfenhaus’ first match and I thought he bowled brilliantly. So did Albie (Morkel) and Dwayne (Bravo).

(Ravindra) Jadeja’s first two overs were brilliant. So a lot of credit of this win goes to our bowling,” Raina said in the post-match press conference after his team successfully defended 160 runs last night.

Raina said the dismissal of Deccan captain Kumar Sangakkara by him also proved crucial in the final analysis.

“I was introduced because Dhoni thought it’s better that an off-spinner bowled to a left-hander and if I got a wicket in the first over, he said he would give me a second over.

“I was focusing on not giving easy room to him. It was a crucial wicket because he is a great batsman and he can take the game away from you if he stays till the end,” he explained.

Raina said CSK are improving with every match but a lot remains to be achieved.

“We have the best fielding unit in the tournament but still there are areas we need to improve like with our direct throws. For a team, there is always some scope of improvement,” he said.

On reaching the 2000-run milestone during the match with his 32-run knock in the match, Raina said, “It’s god grace and there will be lot more expectations. I’m lucky to have played with legends of the game such as Stephen Fleming, Matthew Hayden, Mike Hussey and Mahendra Singh Dhoni.

“I hope it will only improve and there’s a long way to go this season, as we have the IPL before the T20 World Cup and the ODI series in Sri Lanka.”

On CSK’s struggle with the bat in the middle overs, Raina said it was important to learn from the mistakes.

“We need to bat really well in that period. Today, the plan was that the top three should go and get a good start, which we did. One of them could have been there till the 16th over.

“With wickets falling, it’s not easy for MSD to score at a fast pace. Ravindra Jadeja started off really well but he should do better,” he said.

Talking about CSK’s upcoming matches, Raina said adaptability would be the key.

“We are playing away for a while and I think it will be good for us because we will be playing on different surfaces.

Frankly, I didn’t understand the wickets here and the practice pitches were always different from the ones we played on but I can’t complain about it,” he said. (PTI)