While promising a better performance on Friday against the Chennai Super Kings in the Qualifier-2 game, TA Sekar, the Delhi Daredevils coach believed that his team has the firepower to make it to the final of the Indian Premier League. 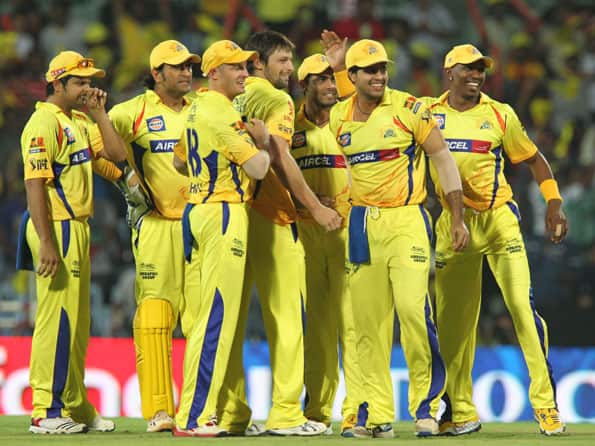 While promising a better performance on Friday against the Chennai Super Kings in the Qualifier-2 game, TA Sekar, the Delhi Daredevils coach believed that his team has the firepower to make it to the final of the Indian Premier League.

Speaking to the Media here Thursday, Sekar, who cut his cricketing teeth at the MA Chidambaram Stadium here some decades ago, asserted that though the pitch might assist spinners, he would put his faith in his fast bowlers who, he said, were responsible for the team to progress in the tournament.

“Our strength has been fast bowling. We have come to this stage mainly because of our bowlers’ performance with support from our batsmen in posting needed runs,” said Sekar.

However, Sekar added that the composition of the team’s bowling attack, especially the spin component, would be decided by the core committee after taking a close look at the pitch.

“We have not thought about it because we have just seen the wicket. We will go back to the hotel have a core committee meeting and decide later,” said Sekar when asked about including an additional spinner at the cost of a seamer.

Reflecting on the loss to Kolkata Knight Riders in the Qualifier-1 game at Pune earlier this week, Sekar admitted that the Daredevils batting let them down.

“The last three overs did not go in our favour. Our batting order needs to be assessed and we have done that. In a 20-20 game, it is not a major concern for us since we have a very strong batting line up. I back all our batsmen and we will surely put up a much better show tomorrow,” he said.

While stating that all-rounder Irfan Pathan was fit to play on Friday and there were no injury concerns, Sekar hoped that Kiwi batsman Ross Taylor would come good on Friday.

“I always believed that class is permanent and form is temporary. Ross got 21-ball 50 against Royal Challengers in Bangalore. He showed his class there and I think he is in a good space and I think he should fire tomorrow,” said Sekar.

When asked about Sri Lankan ace Mahela Jayawardene, not in the best of form, coming in at No.3, Sekar felt that the format demanded flexibility and the situation dictated the strategy.

“It (Jayawardene at No.3) depends on the situation and what the context demands. We have played him three, four and five in various other matches.

“It was one of the odd situations that he has gone to number seven because we promoted Pawan Negi to go and get some quick runs, even a six-ball 10 or eight-balls 12 is fine even if we lose wickets,” Sekar said.

About Naman Ojha’s batting role, Sekar said: “Out of four innings batting at number three, Naman had performed well in three matches. It is a strategic move and he plays well and he can hit the spinners.

“In 20-20, the batting order changes frequently. It is not the set order like in Test matches. So, we need to change and in fact every team does it depending on the situations. Some matches Dhoni bats at number eight and on occasions he comes at four. That is the order of the day in 20-20 games.”

Sending out positive signals, Sekar shrugged off the upbeat mood in the Super Kings camp following their big win against Mumbai Indians on Wednesday, but admitted that the Chennai team will enjoy the home advantage.

“We thrashed them (the Super Kings) in Delhi. Of course, yesterday Dhoni played a brilliant knock. It is common in 20-20 cricket that you come into form in one match and then you could run out of form in the next.

“I think, playing Chennai in Chennai, they have the advantage of home crowd support. We need to put up a much better show to beat them. We are confident putting up a good show tomorrow,” he said. (IANS)