Battered and bruised in the early part of the Indian Premier League (IPL) campaign, the Deccan Chargers still entertain hopes of pulling off a win against the Chennai Super Kings here Friday given the vicissitudes of the Twenty20 format, according to Kumar Sangakkara. 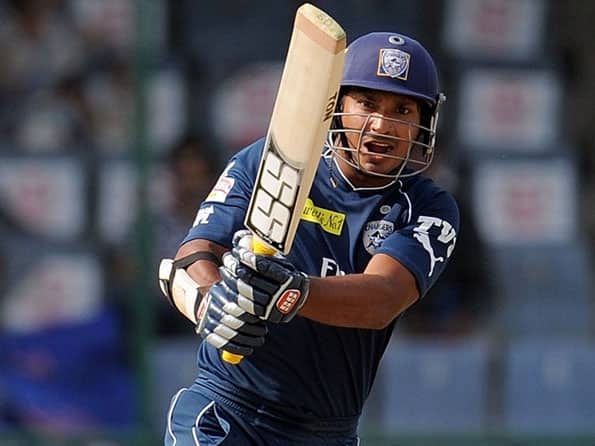 Battered and bruised in the early part of the Indian Premier League (IPL) campaign, the Deccan Chargers still entertain hopes of pulling off a win against the Chennai Super Kings here Friday given the vicissitudes of the Twenty20 format, according to Kumar Sangakkara.

The Chargers captain had a tough task rallying his troops together after a bad start, but two wins against Pune Warriors seem to have opened the doors for the Hyderabad team.

“First of all, I must say what a good side Super Kings are. They have great combination in both batting and bowling. First thing is that I got to be really realistic about it and according to that, if we do play well as we know we can and do our bowling according to the strategies and also move accordingly, we can win against any team in the tournament.

“Added to that, if we field to our capabilities to hundred percent, we can challenge any side. That is the beauty of T20 cricket. Things change very quickly and if the opposition makes mistakes, we need to cash in on that to win the match.

“It might take one good over and you can turn the tide and back in the game. If you analyse the balance of the game as to where the match hangs, the side that holds its nerves and does the right thing, wins the tie,” said Sangakkara at a media conference here Thursday.

As for the wicket, Sangakkara hedged his bets and said: “I can’t say much about it since there has been water on the track. Super Kings usually play well at home and have the spinners as the game goes on. I do not think we can expect any different from the track.”

While appreciating the fact that the IPL was a good learning ground for domestic players, Sangakkara opined that the Chargers would have been better placed than now had they won a few games earlier.

“We always have seven Indian and four overseas players in the eleven. Having said that, the overseas players also need to understand their responsibilities and absorb the majority of the pressure. That is why most of the imports are international players and capped huge number of matches.

“Overseas players have to share the responsibilities and the younger Indian players should be allowed to play freely and enjoy their game and find their places in the side and get that self belief.

“In our side, obviously we are lacking Ishant Sharma who will be a fantastic partner for Styen or Rusty (Juan Theron) or whoever we field in the match. On paper, we may be not one of the teams on the stronger sides. We should have won our games against Mumbai Indians, Daredevils and may be Rajasthan Royals and may be seven games won.

“It is about realizing what your strengths are and working on them and be match aware. We believe in the players we do have and they are good enough to win matches,” said Sangakkara. (IANS)

Sachin Tendulkar: There are no shortcuts to success