Deccan Chargers coach Darren Lehmann said that even though it took them too long to open their points tally, they can manage deliver a few upsets from here. 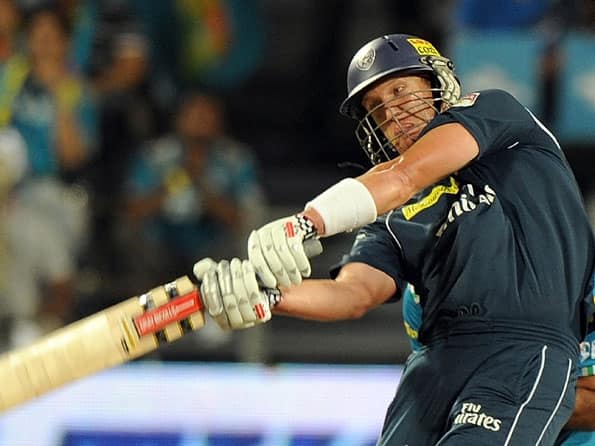 Deccan Chargers coach Darren Lehmann said that even though it took them too long to open their points tally, they can manage deliver a few upsets from here.

“This win took long, but we showed on Thursday that we are as good as any other team in the IPL. I m sure we can carry on the form and deliver a few more upsets now,” said Lehmann after their first win against Pune Warriors India in Indian Premier League 2012.

Lehmann gave credit to Cameron White who finally found form with a 46-ball 78 and helped set up the win. “He s been getting off to starts and playing reasonably well in the last couple of knocks, but he backed himself fully today and showed what he can really do,” said Lehman.

However the Charger s first win in this edition came in the absence of premier fast bowler Dale Steyn. Lehmann said they had decided to rest their premier pace bowler Steyn, and play Rusty Theron, because of the pitch.

Lehmann said he never gave up hope. “We needed a bit of luck and some presence of mind. We should have won against Mumbai we know that, we should have beaten Delhi comfortably and we didn t do that,” he was quoted as saying by the official website of Deccan Chargers.

Deccan Chargers will play the Mumbai Indians at Wankhede stadium on Sunday evening.