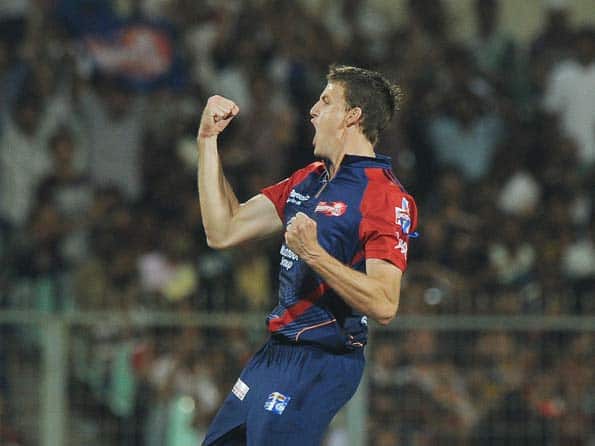 Delhi Daredevils fast bowler Morne Morkel said that their pace attack has blossomed under the guidance of coach Eric Simmons.

“Simmons is not just a coach. He was one of the best bowling coaches and had a great time with the Indian team. He has a huge wealth of experience and has fine tuned our skills,” said Morne, who is the leading wicket taker in the IPL with 19 wickets.

Daredevils, who finished last in the 2011 edition, have been the most dominating team this season and are sitting on top of the table with 16 points from 10 matches.

“Simmons experience is being reflected on the performance of the team. The fast bowlers are hunting in a pack and we are enjoying each others success,” said Morne on the sidelines of a promotional event held by fast food chain Fasttrax.

Morne said that Daredevils are looking forward to their much awaited clash with Kolkata Knight Riders here Monday. The match will be home-coming of sort for Knight Riders captain and local boy Gautam Gambhir.

“It is going to be a crucial match for us. The clash between the two top teams will always be entertaining. Knight Riders are doing well this season and Gautam is also in good form,” he said.

Asked if fan loyalty will be split Monday, Morne said: “I don’t think so. Gambhir can be the local but Daredevils are the home team.”

The 27-year-old also feels that Daredevils, who are on a four-match winning streak, won’t be complacent when they face Knight Riders.

“IPL is a long tournament. Intensity may fall but surely we won’t be complacent. The guys are matured and professional. We know how to handle such situations,” he said.

“We have experienced players in the team and there will be no complacency factor. We have worked hard and will continue our good run in the tournament. Winning is a good habit,” said Pathan.

With three Delhi players, Gambhir, Rajat Bhatia and Pradeep Sangwan, in the Knight Riders team, Pathan said it would be a tough match.