IPL 2012: It's good to have competition in the team, says Ross Taylor

IPL 2012: It's good to have competition in the team, says Ross Taylor

He has been rated as one of the best finishers in shortest version and New Zealand skipper Ross Taylor feels that his ideal batting slot in a Twenty20 side would be No 4 or 5. 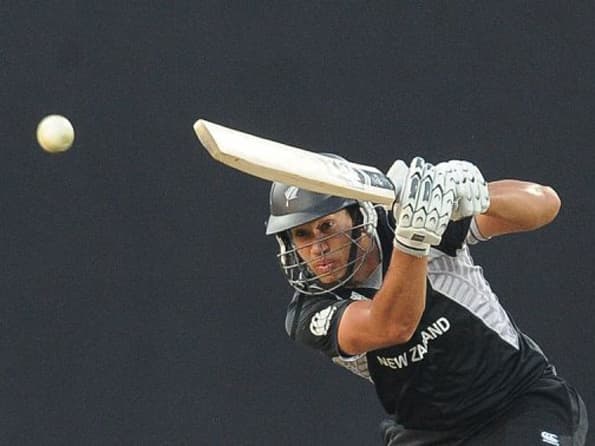 He has been rated as one of the best finishers in shortest version and New Zealand skipper Ross Taylor feels that his ideal batting slot in a Twenty20 side would be No 4 or 5.

“I can bat at any position but ideally, I like the No 4 or 5 slot in a batting line-up. That gives you a chance to finish matches. I have batted there for Rajasthan and would prefer doing that for Delhi Dardevils too,” the New Zealand skipper, who is recuperating after his wrist surgery, told during media interaction at the Feroz Shah Kotla, on Friday.

Asked about the status of his fitness, Taylor said that he is 95 percent fit.

“A bit of stiffness is there. I had my stitches taken off on Thursday and I am really happy to be here. I believe the surgery helped. As of now, I am available for the Mumbai Indians match but it depends on the team management,” Taylor said.

Taylor knows that with the presence of Mahela Jayawardene and Kevin Pietersen in the set-up, it won’t be easy to fit in among the four foreign players but he has no complaints.

“I feel it is good to have competition. I am happy that there four to five players fighting out for one slot rather than having four automatic choice overseas players.”

For someone who is new to international captaincy, Taylor feels that it will be an ideal opportunity to pick Jayawardene or Sehwag’s brains on leadership matters.

“Mahela is already famous for his captaincy and it will be nice working with Viru and Mahela. Interacting with them will certainly help considering I am new to international captaincy,” Taylor feels.

The IPL, Taylor feels, will also provide an opportunity to prepare for the World Twenty20 Championship in Sri Lanka.

“Spin becomes lot more prevalent in these conditions and we will gain a lot of experience. However I am not really thinking about our Test series against India in August. Right now, the focus is on IPL.”

Ask him about the ‘switch-hit’ by Pietersen or the ‘Dilscoop’ by Tillakaratne Dilshan, Taylor would tell you in jest that he “can’t even play normal shots.”

“I would like to play the basic cricket shots first.”

The competition after the first week has been pretty intense and the Black Caps skipper likes it that way.

“Even last year, there were at least six teams who were vying for four slots during the last leg and it’s good competition,” Taylor said.

The people of New Zealand didn’t have much clue about the IPL but this year with live matches being beamed, the public there is slowly taking interest in the cash-rich league.

“Now, people back home are getting to see matches live but timing is a bit of a problem though.”(PTI)