Having slumped to the third spot in the points table after back-to-back defeats, Kolkata Knight Riders (KKR) are in danger of missing the play-offs, but captain Gautam Gambhir is confident of turning things around in their last two Indian Premier League (IPL) matches. 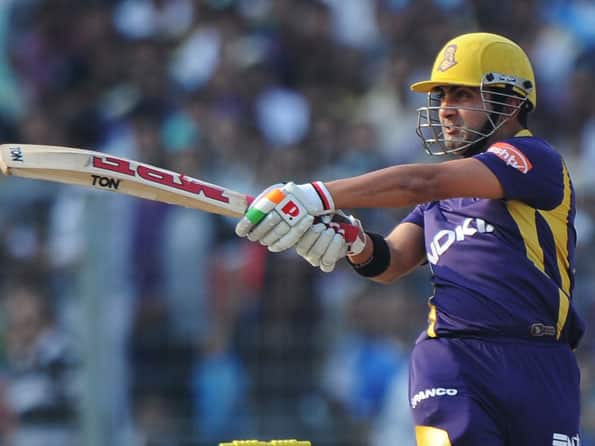 Having slumped to the third spot in the points table after back-to-back defeats, Kolkata Knight Riders (KKR) are in danger of missing the play-offs, but captain Gautam Gambhir is confident of turning things around in their last two Indian Premier League (IPL) matches.

“We played some very good cricket in the last two games.

It’s not that we were beaten convincingly. It’s really disheartening not to be able to finish the games, but we played both the games to the best of our ability,” the left-hander said during the post-match press conference last night.

“We can take a lot of positives out of it (the match).

With the kind of cricket we are playing, hopefully we can turn it around pretty soon,” Gambhir said..

Asked about their chances of progressing to the play-offs, Gambhir said: “We still have two more games and are still third in the table. The table was always such that every team had a chance.

“If we go and win one more we may go to the top. It’s just a matter of playing each game as it comes.”

KKR’s star-studded middle-order failed to capitalise on a 99-run opening stand as CSK restricted the hosts to 158 for six.

Gambhir once again turned out to be the main scorer for KKR with a 43-ball 62, his sixth fifty in 10 matches.

Inspite of his middle-order’s poor show, Gambhir stood by his team and said there was no need of drastic chopping and changing in the playing eleven in their last two games against Mumbai Indians and Pune Warriors India.

“Do I need to decide the playing at the moment? I think the more you have stability in the side the better it is,” Gambhir said.

“You just can’t go out there and keep chopping and changing. We have gone with our core players throughout the tournament. We have showed confidence on them. You need to keep backing your players and show faith in them. That’s what captaincy is all about,” the KKR skipper.

The left-hander, however, believed the 158-run target was a decent one on the Eden track.

“We were pretty happy with the total we got. We always knew that it would be tough for them (CSK) once the ball gets old. The way they started and the way we got back into the game I think a lot of credit needs to go to the bowlers. We just could not finish the line,” Gambhir said.

Just ahead of the media interaction, it was announced that the players would not answer anything related to the Eden strip, but Gambhir admitted that the wicket did get slow as the innings progressed.

“Wicket does get slow and the ball starts gripping once it gets old. We still managed to do pretty well and got to 158, which was a par total on this wicket,” he said.

“The same thing happened during their (CSK) innings as well. They started off really well and we got the game back.”

KKR have been witnessing a full house in almost every game at the Eden Gardens, and Gambhir said they would try their best to bring smiles back on the home fans.

“It’s unbelievable. We played some very good cricket so everyone should be happy of it. The kind of support we got from the city is fantastic. They have given us a lot of love and praise.

“Hopefully they keep supporting us in future as well.

I’ve always maintained that we go out there to bring joy and make them feel happy,” he concluded. (PTI)