After leading his side to the top with a facile win over Delhi Daredevils (DD), Kolkata Knight Riders (KKR) skipper Gautam Gambhir said he, along with senior batsman Jacques Kallis, will have to shoulder the responsibility of steering the team to play-off stage. 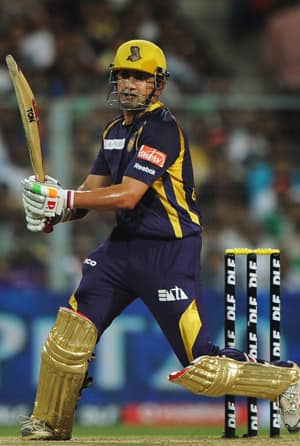 After leading his side to the top with a facile win over Delhi Daredevils (DD), Kolkata Knight Riders (KKR) skipper Gautam Gambhir said he, along with senior batsman Jacques Kallis, will have to shoulder the responsibility of steering the team to play-off stage.

Gambhir has been leading from the front by scoring 457 runs so far in the ongoing edition.

“If someone has to change the game, it should be Kallis or me. We don’t want (Brendon) McCullum or Yusuf Pathan to change the game. It’s our responsibility because we are the experienced guys,” Gambhir said at the post-match press conference

“You don’t want them to stop playing their natural game. The guys like me and Kallis need to change the game and that is what responsibility and experience is all about.”

KKR thrashed Delhi Daredevils by six wickets in a lopsided contest here last night to emerge as the table leaders in the IPL. They now have 17 points and are almost assured of a place in the knock-out stage.

Gambhir said his team is playing in the IPL not just to compete but win matches.

“For me, every game is tough and important. When I go on to the field, I just want to win the match. It’s not about competing in the IPL, it’s about winning every time. I always look to win matches because you don’t want to go back to the dressing room on a losing note. You want to go happy and for that feeling to come, you have to win matches.

“We have some quality players in the dressing room.

Someone like Kallis, who is such a legend of the game. Brendon McCullum and Brett Lee are also there. When you have such players, you don’t need to motivate them. They all are thorough professionals. One thing important for us is that we need to play well as a unit,” he said

An aggressive approach to batting has been the success mantra for KKR skipper Gambhir.

With four more games remaining before the play-offs, Gambhir warned his side to guard against complacency.

“KKR still have a long distance to cover with four more games remaining before the play-offs. We need to guard against complacency. I am keeping my fingers crossed, just trying to give our best in every match.

“Till the time, I am leading the KKR or whatever team I’m going to lead (in the future), there will be no complacency.

For me, every game is as important as the first game or the finals. That’s what KKR is all about,” he said.

For Gambhir, the form of McCullum augurs well for KKR.

“He has always been in form. In India, there is a problem, if someone gets a fifty he is in the form, if someone does not get a fifty, he is out of the form. How he’s batting and hitting the ball is more important to me. It was all about contributions. Even in the last game, he got 40-odd runs and we got 100-run partnership, that’s more important rather than individual scores. He has always been a key player for us.”

Asked about the incident involving Daredevils’ batsman Mahela Jayawardene, who survived a confident caught behind appeal after which he had a heated exchange with Gambhir only for Ross Taylor to intervene and separate the two, the skipper said, “These things keep happening. It was just a normal conversation, nothing serious.” (PTI) 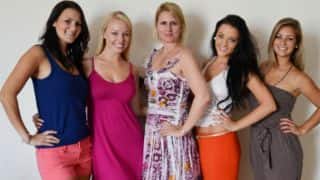 The naked truth about the Indian Premier League cheerleaders