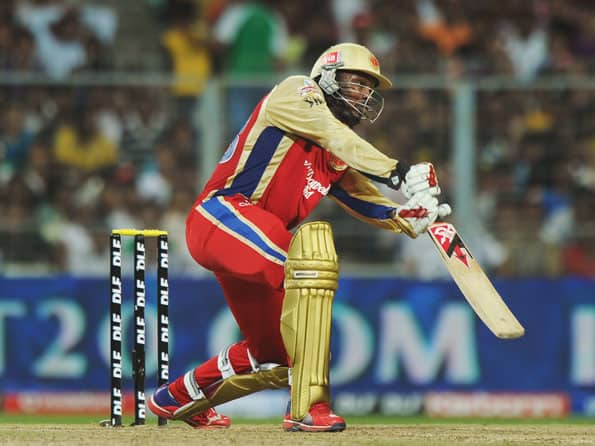 Bangalore captain Virat Kohli s decision to bowl first after winning the toss was justified by his bowlers, as pace spearhead Zaheer Khan got rid of the dangerous Shikhar Dhawan on the sixth delivery of the first over.

Right-arm pacer R Vinay Kumar struck in the fourth over to have Akshath Reddy caught by wicketkeeper AB de Villiers for seven.

The Deccan side slipped further when their in-form batsman Cameron White was caught by Mayank Agarwal off Prasanth Parameswaran for one.

Deccan skipper Kumar Sangakkara then teamed up with JP Duminy and added 31 runs for the fourth wicket to help his side gain some momentum.

It was Duminy’s half-century which propelled Deccan past 100. The South Africa cricketer struck five sixes and four boundaries to score 74 off 53 balls.

Sangakkara failed to build up on start as he fell for 15 off 22 balls off Muttiah Muralitharan.

Duminy and Parthiv Patel added a crucial 71 runs for the fifth wicket, which helped their side reach respectable total.