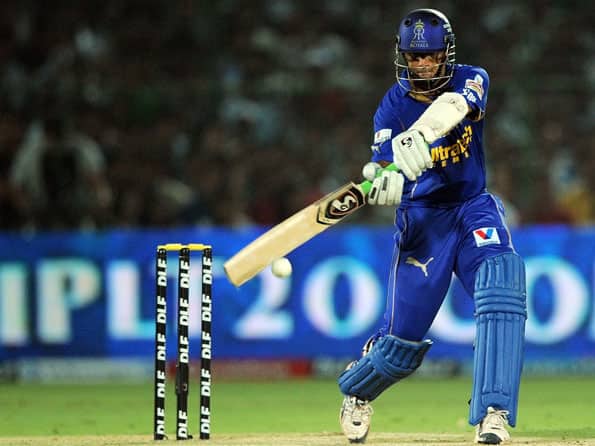 The table-toppers were rocked again by spinner Ankeet Chavan in the third over, who sent the dangerous Kevin Pietersen back to the pavilion for five.

The Delhi captain then joined forces with Ross Taylor to bail his side out of trouble. He completed his half-century off 33 balls, cracking seven boundaries and a six to provide his side the required momentum.

Sehwag added 80 runs for the third wicket with New Zealander Taylor, who scored 25 off 35 balls, without any boundary or a six.

Their stand not only solidified Delhi s innings but also revived them from trouble after they lost two quick wickets upfront.

Sehwag fell in the 14th over to Rajasthan spinner Brad Hogg for 69, which came from 39 balls with the help of eight boundaries and two sixes.

Pacer Pankaj Singh shone with the ball for the Royals, bagging two wickets in his four overs for 25 runs.

Delhi batsman Yogesh Nagar slammed two sixes and a boundary in the last over of their innings to take the total past 150.