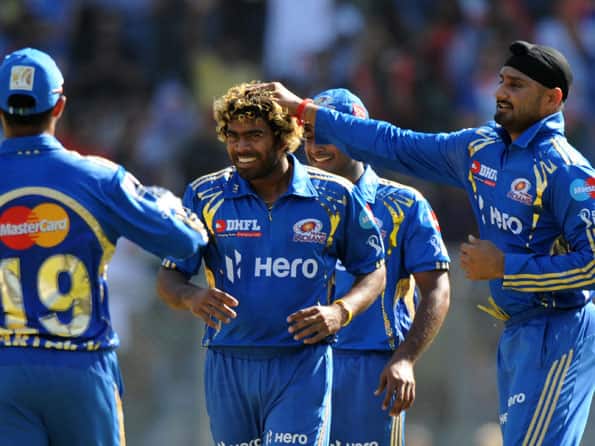 Thanks to the scheduling, both the teams face each other for the first time this season despite the tournament already into its business-end.

It has been a contrasting journey for both teams as the Kolkata Knight Riders find themselves comfortably placed at number two with eight wins from 12 outings and virtually assured of a place in the play-offs.

They have lost just once in their last 10 appearances as consistency has been the middle-name of the Knight Riders, a team mired in controversies in its forgettable first three seasons.

On the other hand, the Champions League Twenty20 winners and pre-tournament favourites Mumbai Indians are yet to find consistency and have been slightly lucky with seven wins out of 12.

Mumbai Indians batting has looked ordinary with some domination in patches while their bowling — superbly led by Sri Lankan sling bowler Lasith Malinga — has been quite potent.

The Knight Riders too have been outstanding with their slow bowlers but it’s Gautam Gambhir’s aggressive captaincy and the way he has led from the front that has brought results.

With five half centuries — that included three man-of-the-match performances — Gambhir has not only led by example but has motivated the side.

The way he handed over his MoM award to youngster Debabrata Das (11 from 4 balls) for playing the finisher’s role in their spectacular five-wicket win in Chennai, speaks highly of the left-handed skipper.

At a time, the team’s star-studded batting line up of Brendon McCullum, Jacques Kallis, Yusuf Pathan and Manoj Tiwary was going through poor form, Gambhir showed faith in his teammates and backed his batsmen to the core.

In their last outing, Gambhir once again set the tone with a 21-ball 36 but it was Brendon McCullum who anchored the 154-run chase with a 44-ball 56, his first half-century this season.

The Knight Riders would be high on confidence after their win in Delhi and the much-needed four days’ break in between would have recharged their batteries, with four matches remaining in the league stage.

An interesting battle would be on the cards when West Indies tweaker Sunil Narine would look to spin a web around Sachin Tendulkar.

It will be exciting to see Tendulkar unravel the mystery of Narine who has been constantly troubling the batsmen in the shortest format of the game.

His contest against Knight Riders speedster Brett Lee would also give the sellout crowd a full worth of their money.

Mumbai Indians’ loss to Bangalore at their home turf in their last outing has meant that the battle for the last two spots has become more competitive as the Harbhajan Singh-led side would be keen on the upsetting the Knight Riders applecart.

Solving the opening riddle would possibly rank high on the Mumbai think-tank’s priority.

The team has struggled to find a partner for Tendulkar at the top as James Franklin has not yielded much results.

Barring Tendulkar and Rohit Sharma, no Mumbai batsman has displayed consistency. The team would look for the likes of Kieron Pollard to fire in the next few crucial matches. (PTI)