IPL 2012: Mahela Jayawardene not worried about switching to T20 after Tests

IPL 2012: Mahela Jayawardene not worried about switching to T20 after Tests

Delhi Daredevils vice-captain Mahela Jayawardene, who joined the team on Sunday along with explosive English batsman Kevin Pietersen on Monday said that nowadays it's not difficult to switch formats. 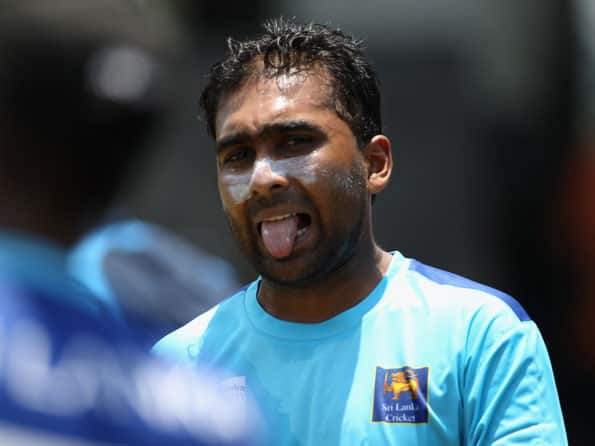 Delhi Daredevils vice-captain Mahela Jayawardene, who joined the team on Sunday along with explosive English batsman Kevin Pietersen on Monday said that nowadays it’s not difficult to switch formats.

“As for coming and playing IPL after playing Test cricket doesn’t make a difference as these days we keep changing from one format to another very quickly,” the Lankan skipper, who has recently scored back-to-back Test hundreds told media persons on the eve of their first home game against the Chennai Super Kings.

“Two months ago, I was playing ODIs and two weeks ago, I was then into Test cricket, so we have to learn to adjust from one form to another. It’s all in the mind how we re-focus ourselves to do a different job,” Jayawardene elaborated his point of view.

The Lankan captain and Pietersen were trying to outscore each other during the recently-concluded Test series but now will be sharing the same dressing room trying to help the Daredevils win their maiden IPL trophy.

“We did not have too much discussions as we were playing the Test series but we had a good chat while coming here as we were on the same flight.”

Quizzed on the topic of discussion, Jayawardene said, “We had discussions about the opportunity we have in hand to play with new players and for both of us it’s a good challenge.”

The stylish right-hander feels that the additional responsibility of being Virender Sehwag’s deputy does not change anything as the endeavour would be to win matches.

“I know I have missed a couple of games but nothing changes with me being the vice captain. The guys have had two good games. First one was a really good game away from home. I am looking forward to the remaining matches. We got some exciting players in the squad, couple of good signings. And for me to be first time part of Daredevils, I am really excited,” he said.

On their match against defending champions CSK, Jayawardene said that his team will have to keep Mahendra Singh Dhoni’s batsmen under tight leash.

“Obviously they are the defending champions and they have got a really good group of players. We just need to make sure that we are able to control their batting line-up which is their strong point. We need to come up with some plans and execute them during the game.

“And on top of that, we need to concentrate on our strengths and be very positive about executing our plans according to our strengths. We will have couple of good meetings as some of the boys just got together,” he said.

The 34-year-old feels that similar weather conditions in Colombo will help him adapt better in this humid atmosphere.

“Nothing has changed much as the weather here is quite similar and we were already playing in 40?C in Colombo. In T20 cricket, especially in the IPL, different venues will pose different challenges, pitch wise as well as condition wise.

CSK opening batsman Faf du Plessis said that his team will try to get both Jayawardene and Pietersen out quickly as “they have the ability to turn the game around because both are massive players”.

The South African batsman also said that CSK are normally “slow starters” but they have come back well and would like to carry on the “momentum”. (PTI)