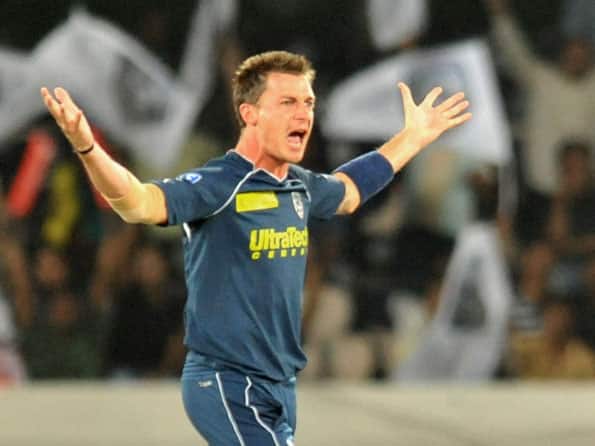 Deccan Chargers have consistently faltered due to poor bowling at the death. The team would hope Dale Steyn to fire this time around AFP

The Chargers, yet to open their account, would draw inspiration from the fact that they had won both their matches in 2010 here at the Barabati Stadium when the venue played host to two out of seven of their home games.

Although the Knight Riders have only 50 per cent win ratio till now — three victories from six matches so far — the Kolkata outfit certainly starts as favourite tomorrow.

The in-form Dhawan and one-down batsman Parthiv Patel did well in the previous match, scoring quickfire 44 and 45, respectively, and the Chargers would once again hope that the top-order sticks to its job.

Jean-Paul Duminy, who failed in the last game but played a whirlwind knock against Rajasthan Royals, would also look to get back among runs.

However, the Chargers’ continuous bowling failure has been a major cause of worry for them and they would be desperate to rectify the problems when they take the field tomorrow at their lucky venue.

Despite South African pacer Dale Steyn’s good show, his spells are yet to result in the team’s victory as none of the bowlers at the other end could compliment him.

The Chargers can only hope that their bowling department consisting of legspinner Amit Mishra, Aussie allrounder Dan Christian, slow left-armer Ankit Sharma, besides Steyn, will fire in unison.

For the Knight Riders, too much pressure has been put on the top order, including captain Gautam Gambhir and experienced South African campaigner Jacques Kallis and it’s time for others to step up and be counted.

And there could be no better opponents than the Chargers for the likes of Brendon McCullum, Yusuf Pathan, Manoj Tiwary, Manvinder Bisla and Dutch all-rounder Ryan ten Doeschate to come back to form.

Kolkata would depend heavily on veteran Australian Brett Lee and West Indies’ Sunil Narine, who has impressed with his performance so far, as far as bowling is concerned.

Laxmipathy Balaji and Rajat Bhatia have also been impressive so far but Yusuf Pathan and Jacques Kallis would be looking to bring his bowling campaign back on track tomorrow.

While it would be interesting to watch if the Chargers are able to break the jinx, the Knight Riders are not expected to spare an inch. (PTI)