Blaming the batsmen for surrendering meekly to Kolkata Knight Riders' varied bowling attack in their IPL match, Mumbai Indians coach Robin Singh said that terming the team's batting as "extremely poor" is an understatement on this Wankhede wicket. 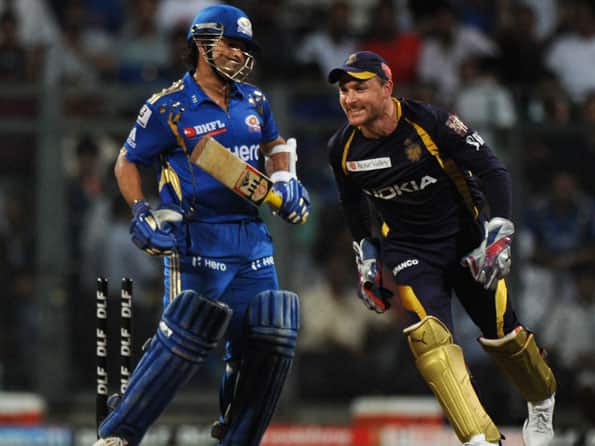 Blaming the batsmen for surrendering meekly to Kolkata Knight Riders’ varied bowling attack in their IPL match, Mumbai Indians coach Robin Singh said that terming the team’s batting as “extremely poor” is an understatement on this Wankhede wicket.

Chasing a modest 141, the Mumbai outfit lost wickets at regular intervals to be shot out for 108 in 19.1 overs to go down to the Knight Riders by 32 runs last night, their second lowest total of the season after the paltry 92 made against Delhi Daredevils at this venue.

“The batting has been extremely poor. That’s an understatement on a wicket like this. I think we should have scored the runs. We did not show any intent at the end of first six overs,” said Robin Singh after his team’s fifth defeat in eight home games at the Wankhede Stadium here.

“Obviously then a total of 140 almost becomes like a 16-over game that you are playing,” added the former India player.

Refusing to blame the wicket for the defeat, Robin said it was a plumb track on which his batsmen should have comfortably chased down 141-run target.

“Wicket was fine, nothing wrong with the wicket. It was a plumb batting wicket as far as I am concerned. We could not chase 140. Obviously we did not bat well,” said Robin after the Knight Riders avenged the first leg defeat they suffered against Mumbai Indians.

“We have been batting well in patches. We have won very close games. This is a batsmen’s game. The batters have to come up and put the (opposition) bowlers under pressure. If you allow the bowlers to come into the game then you are in trouble,” insisted Robin.

The West Indies-born former cricketer admitted that his team should have won the match.

“I don’t think there is any need to change the bowling.

Robin clarified that Rohit Sharma came down the order because he was unwell.

“Rohit was unwell. He was vomiting. We did not really have a choice. He (Dinesh Kartik) has been batting at number four for us, so we just pushed him up,” said Robin when asked about the surprise promotion of the wicketkeeper-batsman to the one down slot, normally reserved for Sharma.

Sunil Narine took four for 15 in just 3.1 overs, which included the wicket of Sachin Tendulkar that triggered the collapse but Robin pointed out that Mumbai had done well against the unorthodox off-spinner when the two teams had met a few days ago in Kolkata.

“We played him (Narine) pretty well in Kolkata. It was no different to how we want to play him.”

Heaping praise on Narine, Robin said: “If you look at his economy rate, he has been extremely accurate, almost like a (Lasith) Malinga for us. You don’t want more than 10 an over from him,” said the coach.

“When he came in at that stage he was too good for us.

He’s extremely accurate, doesn’t give you much to drive. I have been talking to (Kieron) Pollard as they play for the same state (Trinidad). He’s able to bowl an off break with two or three fingers. It’s not like you can just look at the hand and play him. You have to consistently keep looking at him, play him off the wicket as well.

“More importantly to play him on the back foot more than the front foot. It becomes very difficult to hit him if the wicket is slower and lower. You need a wicket where there is a little more bounce and he will become an easier bowler to play,” observed Robin.

Robin conceded that the defeat last night has made the last round robin match against Rajasthan Royals in at Jaipur a very important game in their quest to enter the play-offs.

“Next game is equally important. We need to win that game. I don’t think we are safe in terms of qualification.

Even Rajasthan (Royals) can qualify at this point in time. (PTI)