Kolkata Knight Riders owner Shah Rukh Khan praised his team s skipper Gautam Gambhir for successfully managing the responsibility of a team which is always under the tag of a 'star team . 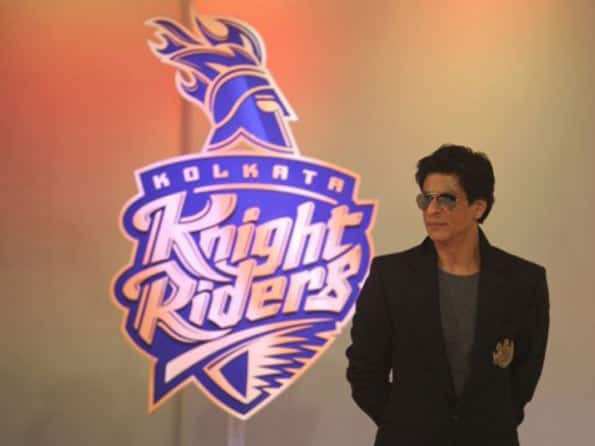 Kolkata Knight Riders owner Shah Rukh Khan praised his team s skipper Gautam Gambhir for successfully managing the responsibility of a team which is always under the tag of a ‘star team . He attributed Gambhir s grit and determination for turning the fortunes of Knight Riders in the Indian Premier League (IPL).

“I think to come into a franchise, which is owned by a movie star, which causes people to look at it [the franchise] more astutely for a team which has been so full of controversy for no choice of ours for the last four years for him to come and be so full of grit and determination, he is genuinely the finest captain that I have seen,” said Khan.

The Knight Riders struggled to perform well in the first three seasons of IPL, ending in the bottom half of the table in all of them. Apart from that, a spate of controversies from the coach, captain, feud between players further added to their misery.

However ever since the SRK-Jai Mehta owned franchise purchased Gautam Gambhir at the auction before IPL 4 Knight Riders have had a different tale to tell. They made it to play-offs for the first time. However Khan mentioned that, it is not just Gambhir but the purchase of a few quality players like Jacques Kallis, Yusuf Pathan, etc have supported Gambhir to make their team successful.

Speaking about Friday s match against Sourav-Ganguly-led Pune Warriors India who was once an integral part of Knight Riders, Khan said it was one of the most memorable matches he had ever seen and the 67,000 crowd at the Eden Gardens was overwhelming.

Dada was also telling me, this is the greatest cricketing ground in the world and whenever it is in its full glory, which it is most of the time, it really makes us feel very proud that we can come to this city and play like this. For a team, which hadn t been doing well, I think most of the time we do well now is because of the encouragement that people of Kolkata and Bengal have shown us.

SRK also praised Ganguly by referring to him as a legend. “He is wonderful. He is a cricketing great, a legend. We ve grown up getting used to his fours and sixes and the way he plays on the offside. It s wonderful to see him playing every time, and tonight was no different,” Khan was quoted as saying by the official website of Indian Premier League.

SRK wrapped up on an encouraging advice for his team, asking them to try their best and hope their hard-work pays off. “When I think of KKR, the one thing I tell them is that we should try the best and leave the rest. That is the main thing in life. And we have been going on for four-five years now and we have been gritty about the whole thing. So hopefully, the resilience will pay off.”

Kolkata Knight Riders are at the second position on the points table with 15 points after defeating Pune Warriors India on Saturday.