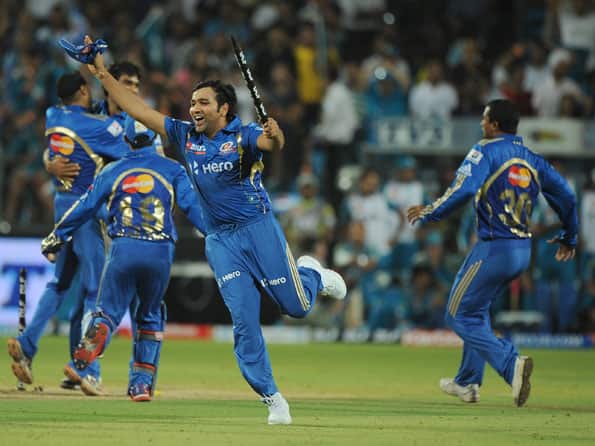 Statistical highlights of the IPL match between Mumbai Indians and Pune Warriors on Thursday.

# Mumbai Indians’ one-run win is their sixth in 10 matches in the IPL 5. They have lost four. Mumbai Indians are placed third after Delhi Daredevils (16) and Kolkata Knight Riders (13) in the Points Table.

# Mumbai’s one-run win is their smallest win-margin in the IPL.

# Mumbai’s previous smallest win margin in the IPL was by four runs – against Rajasthan Royals at Brabourne Stadium, Mumbai on March 13, 2010.

# James Franklin and Sachin Tendulkar were involved in a partnership of 50 – Mumbai Indians’ highest for the first wicket against Pune Warriors in the IPL.

# Franklin and Sachin Tendulkar have opened the innings only three times for Mumbai Indians in the IPL 5, recording a fifty-plus on each occasion – twice against Punjab and once against Pune. Overall, the pair has managed 153 at an average of 51.00 for the first wicket.

# Malinga has been adjudged the Man of the Match for the fourth time in the IPL. Malinga has bagged 17 wickets at 8.47 runs apiece in seven matches.

# Pune Warriors have lost six out of the last seven matches – their only victory is against Delhi by 20 runs at Feroz Shah Kotla, Delhi on April 21.

# Two one-run wins have been recorded in the same season for the first time in the IPL.

# Harbhajan Singh has posted his fourth duck in the IPL – his second in the present competition.

# Murali Kartik has taken only three wickets at 57.66 runs apiece in eight games in the IPL 5.

# Bhuvneshwar Kumar (2/9) has registered his best bowling performance for Pune Warriors in the IPL.

# Ashish Nehra (2/19) has recorded his best bowling figures for Pune in the IPL. (PTI)