In a candid submission, defending champions Chennai Super Kings (CSK) coach Stephen Fleming has said that his side has been "challenged for the first time" in the history of the Indian Premier League (IPL). 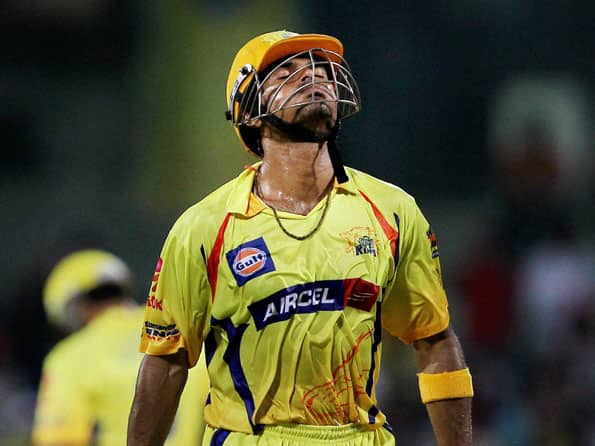 In a candid submission, defending champions Chennai Super Kings (CSK) coach Stephen Fleming has said that his side has been “challenged for the first time” in the history of the Indian Premier League (IPL).

Fleming admitted that CSK has been “below par” in this edition of the tournament after suffering a five-wicket loss at the hands of Kolkata Knight Riders (KKR) at Chennai on Monday night.

Star-studded CSK has been inconsistent in the ongoing IPL and is occupying the fourth position in the standings with nine points from 10 games.

“We have to analyse the fact that for the first time we have been challenged. We usually have been consistent, but now there are number of issues that needs to be fixed quickly,” Fleming said at the post-match press conference.

“We are very aware that we are struggling at home. It’s disappointing because we have been so strong at home in the previous years. We have struggled to come to terms with the surfaces but certainly there are no excuses. We played below par and it’s hurting us.

“We now have to win games away. It’s the time of the tournament we need to play good cricket. We are not out of it, but we need to tidy things up,” he added.

Asked about the reason behind the defeat against KKR, Fleming said his side was not upto the mark in all the departments of the game.

“It came to the last over and gave us a chance. But there were couple of areas we could have done better. The intent was lot better with the bat but we couldn’t get that 15-20 runs which we usually get through boundaries,” Fleming said.

“With the ball we bowled a lot of wides. And on the fielding front we were not quite accurate.”

Fleming said that the pitches on offer at the M A Chidambaram Stadium were slow in nature which makes shot-making difficult.

“We focused on strengthening our batting but it wasn’t a conducive surface to bat on.”

Asked why the team dropped big-hitting Albie Morkel down the order last night, Fleming said CSK was facing a problem of plenty when it comes to selecting the team and then deciding the batting order for a match.

“It’s fine giving him (Morkel) chances up front but we have to look at what effect the move will have on the players who have performed well in the past. We have settled players like Mike Hussey, Faf du Plessis, MS (Dhoni) and Bravo,” the Kiwi said.

“And Albie been a great finisher for us. But he can’t be asked to perform in an area that has not been working well for us. He can’t be a stopgap measure.” (PTI)

John Wright to step down as New Zealand coach