Kings XI Punjab skipper Adam Gilchrist termed the absence of their star pacer Stuart Broad, who has been ruled out of the IPL 5 due to a calf injury, as a "big loss" for the team. 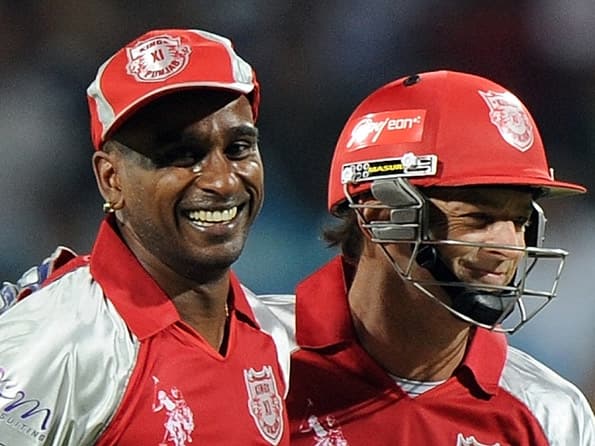 Kings XI Punjab skipper Adam Gilchrist termed the absence of their star pacer Stuart Broad, who has been ruled out of the IPL 5 due to a calf injury, as a “big loss” for the team.

“Broad’s absence will be a big loss. He is a world-class bowler, a world-class all-rounder and a terrific person. We would have liked to have him here, but he’s not. The simple fact is that we have got to move on,” said Gilchrist.

Broad has been ruled out of action for three weeks as the English paceman is currently recuperating from a right calf strain, which he sustained last month during England’s tour of Sri Lanka.

The 25-year-old missed out on making his IPL debut last year for Kings XI after picking up a side strain during the World Cup.

Kings XI would look to get over the disappointment of back-to-back losses in away games as they host Pune Warriors for their first home game of the IPL season-5.

Livid with the flop-show of the top-order, including himself, Gilchrist said the top three batsmen need to give a good start to the team so as to achieve any target.

“It’s nice to be playing in familiar territory. The top three have not posted a big total, but the positives have been that we made 160 against Rajasthan and reasonably decent total against Pune (in last encounter). If top three batsmen can get better foundation, guys batting down the order can then launch into big total, hopefully,” he told a pre-match press conference at PCA stadium.

Warriors are riding high after an upset win over Mumbai Indians in their tournament-opener and will look to affirm their superiority over Kings XI following their 22-run win over the Gilchrist and Co in Pune.

“It’s not that we have been bundled out (in previous two games). It’s just the top order and the finishing which is an issue at the moment,” said the former Australian wicket-keeper.

Asked about Pakistan all-rounder Azhar Mahmood, who was picked by KXIP at this year’s players’ auction, Gilchrist said, “it’s up to the Government because he is not getting his visa at the moment. We bought a player we were told was available for every game and we are still unable to access our player. It’s not in our hands.”

Gilchrist said his team is considering sending Australian batsman David Hussey up the order. “There is every chance that he might be up there.”

He also defended medium-pacer Praveen Kumar, who has failed to impress in the tournament so far, saying he has been able to contain the batsmen.

“He (Kumar) should be pleased with that,” he remarked.(PTI)