Relieved that his decision to bowl first had turned out to be correct in final analysis, Mumbai Indians captain Harbhajan Singh said that unpredictability of the pitch made it a difficult choice at the toss as he was not sure what would have been a defendable total. 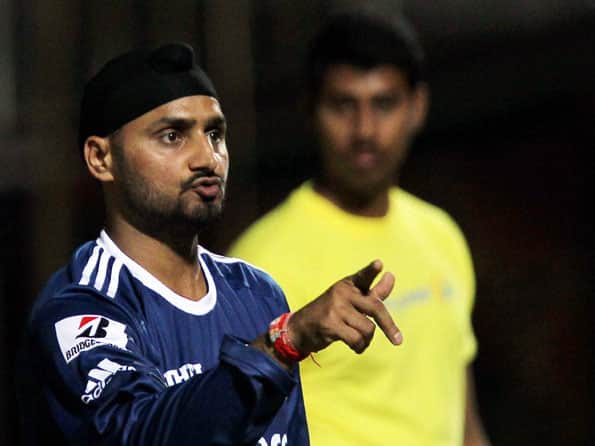 Relieved that his decision to bowl first had turned out to be correct in final analysis, Mumbai Indians captain Harbhajan Singh said that unpredictability of the pitch made it a difficult choice at the toss as he was not sure what would have been a defendable total.

“There is a lot of grass covering it. There was also help for seamers. We were not sure what kind of wicket it will be and what will be a defendable total,” said Harbhajan.

“This was the same case with CSK as well. When I was talking to Dhoni, he was telling me the same. The ball swung more in the evening than when we started the game,” he added.

The Super Kings, who were all out for 112, were banking on skipper Dhoni to do the rescue act after the well-set Suresh Raina and Dwayne Bravo fell in quick successions but Dhoni got run out and Harbhajan believes it was the turning point of the match.

Harbhajan also heaped praise on Richard Levi, who scored 35-ball 50, saying he wanted him to keep up the good work.

“He is a terrific player. His strength is that he can hit the ball hard and score quickly and that is why we picked him.”

Sachin Tendulkar sustained a finger injury in his left hand and retired hurt when he tried to fend off a rising delivery from the Super Kings’ bowler Doug Bollinger and Harbhajan said he was hoping it was nothing major.

“At the moment he is fine. His finger is little bit bruised. I’m keeping my fingers crossed that he will be fine and ready for the next game,” said the captain.

Speaking on fielding, Harbhajan said a lot of credit goes to former South African cricketer Johnty Rhodes, who is the fielding coach of Mumbai Indians.

“Fielding is very important part of the game. If you can run someone out or save 10-15 runs in this format, it can be a huge advantage. We were right on the target. We got the result we were looking for. I am looking forward to the next game and probably do even better,” Harbhajan said.

The Turbunator, who led Mumbai Indians to the Champions League T20 title last year, said he was relishing every bit of the captaincy.

“We have got a very talented and young side. I’m honoured to captain the team. I keep things simple. I tell them to think like captains whenever they are in the middle. We are a bunch of guys who spend a lot of time with each other. We make sure we stay as friends. We are a close unit,” said Harbhajan who was handed over the IPL captaincy by Tendulkar on the eve of the tournament.

On suggestions that India should go for more bouncy wickets at home in the light of their recent poor showing overseas, Harbhajan said: “I think we have done well as a team. It is just that during the last tour of England and Australia we did not play well. But I still think we need to stick to what we are good at rather than doing what other teams want us to do.

“We have dominated the world cricket for good five-six years and we were the No.1 team. It is probably the rough patch for the Indian team and I am sure things will be on track very soon.”

On getting back to his old form and into the Indian team, Harbhajan said he had been bowling well in domestic tournaments.