Royal Challengers Bangalore pace spearhead Zaheer Khan believes that Twenty20 cricket is lot more intense than the other formats of the game, and a fast bowler needs to be aggressive right from the word go. 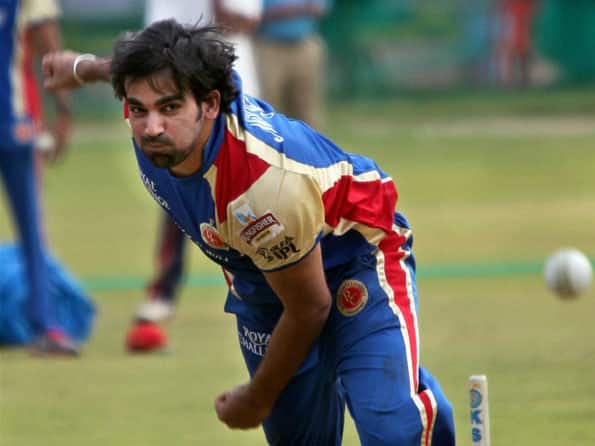 Royal Challengers Bangalore pace spearhead Zaheer Khan believes that intensity in Twenty20 cricket is higher as compared to the other formats of the game, and a fast bowler needs to be aggressive right from the word go.

Zaheer said, “You prepare differently for T20 games. In terms of bowling, the workload is less, but in terms of intensity it s probably on the higher side because you have to be there right from ball one. You have to really warm up well and get into the aggressive mode as quickly as possible.”

“You see lots of variations. As a bowler you have 24 deliveries to bowl but the importance of each delivery increases depending on what stage of the game you are bowling at; your variations also become crucial,” he said.

“Picking up early wickets becomes even more important because of the Powerplay the batters are coming at you; if you can get early wickets, it definitely restricts the opponents. The basics remain the same. As I said earlier, in terms of preparation and awareness, and in terms of knowing exactly what situation of the game is, and how the batters are going to react to it or what they are actually thinking, it is different,” Zaheer expressed.

The left-arm pacer revealed that Royal Challengers Bangalore always aim to play the right combination of bowling attack, having the likes of Dirk Nannes, Muttiah Muralitharan, skipper Daniel Vettori and Zaheer himself.

“Depending on the wicket, we play the required combination. As far as bowling is concerned, in this format of the game it is very important to pick wickets at any stage,” he said.

“In T20, the way the batters are coming after the bowlers, [it is only] if you pick up wickets that you can restrict your opponents from scoring at a good rate. That s what we always look to do,” the 33-year-old pacer was quoted as saying by IPLT20.com.

Talking about Vettori s leadership, Zaheer said, “Dan has kind of put the responsibility on me in terms of communicating with, and guiding, the young Indian fast bowlers. We have set plans for set batters and that s the way we go about it in matches.

“Knowing Dan s leadership, it s very important that he takes the responsibility to bowl at certain batters first up if they are not comfortable against spin,” he concluded.