Royal Challengers Bangalore's dashing batsman AB de Villiers said he had to take some responsibility in the Super Over since it was his dimissal that triggered a batting collapse against Delhi Daredevils in an Indian Premier League (IPL) encounter at M Chinnaswamy Stadium on  Tuesday night. Royal Challengers Bangalore‘s South African batsman AB de Villiers said he had to take responsibility for his team’s match against Delhi Daredevils resulting in a Super Over finish since it was his run-out that triggered a collapse in the Indian Premier League (IPL) encounter at the M Chinnaswamy Stadium Tuesday.

Chasing 153, Bangalore were cruising well at 129 for two at one stage but suffered a dramatic collapse with De Villiers (39) run out and lost five wickets in a matter of 17 deliveries and ended up getting 152 to tie the match.

In the Super Over, when it seemed that Delhi had the edge after Umesh Yadav gave away just three runs from the first four balls, De Villiers swung the momentum in RCB’s way hitting two huge sixes and setting a target of 15. Daredevils managed 11 and suffered their fifth consecutive loss in the IPL.

De Villiers admitted his run out started the collapse for Royal Challengers and it was unfortunate.

“I personally had to take a bit of responsibility for that. My run-out started a big collapse and that was unfortunate. In saying that, we have got two points and I am delighted for the team. This win means a lot to us and we find ourselves in a strong position now, having won four out of six games,” he said.

De Villiers said while fans might be enjoying the duel in the Super Over, it wasn’t enjoyable for the players.

“It might be entertaining for the viewers but I tell you, it’s not very enjoyable when you’re out there with so much pressure and only six balls. I was very happy to see the last two balls sail over the boundary, which got us into a good position to win the game,” he said.

De Villiers said Royal Challengers, which has a famed batting line-up, should have finished off the match earlier.

“We do have some serious batting firepower upfront and hence we should have finished this game in the 20 overs itself. The fact that we collapsed a bit, tells a bad story about our batting line-up. But we’ll fight back and in the next game will come through more convincingly,” he said.

De Villiers said the win will give some confidence to Royal Challengers since they had lost both to Super Kings and Sunrisers Hyderabad in the Super Over.

“That’s the positive that we will take out of this match – the fact that we won a pressure game. There were a lot of negatives in the way we batted out there but the fact that we pulled through it, means a lot to us all,” he said.

Asked if he and skipper Virat Kohli were making an effort to change the notion that Royal Challengers are over-dependent on Chris Gayle, De Villiers said: “Yes, Chris is a fantastic player but one guy cannot perform in every game. Myself, Virat and a few other batsmen in the team understand that we will have to win some games for the team as well. We have a lot of experience in our batting line-up and it’s time that we start to take control of the games.”

The South African was also all praise for Royal Challengers bowlers.

“Definitely! It’s a big psychological advantage. Mentally we batsmen know that we have a strong bowling attack that has our back. The bowlers have proved that they can win us games by defending not very big totals and restricting the other team to gettable targets,” he said. 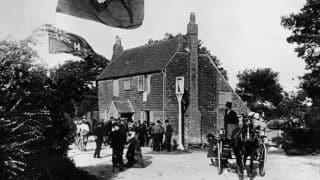