Investigating agencies are probing the links between terror elements and illegal money from cricket betting, sources in the government said on Monday. 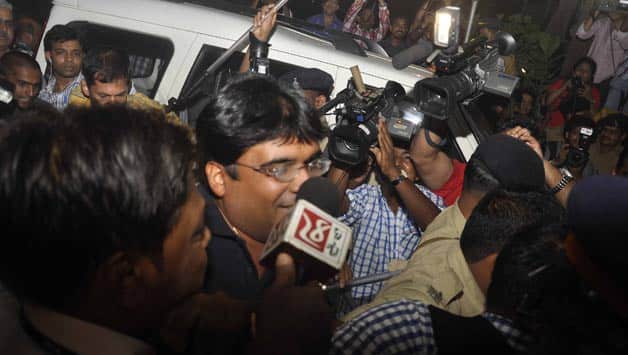 Investigating agencies are probing the links between terror elements and illegal money from cricket betting, sources in the government said on Monday.

With the spot fixing scandal rocking the cash-rich Indian Premier League (IPL), investigating agencies are looking into the betting money being channelised to fund terrorism in the country, an informed source said.

“The fixing scandal came out from the investigation being carried out on financing of terrorism activities. There are links between terrorism and cricket (betting),” the source said.

“This (link) is a serious, bigger issue (than spot fixing scandal). It is far too early to say much at this stage that so and so are connected. It would be premature till the investigation is completed,” the source said.

“After the chargesheet is filed, we will come to know what exactly it is,” he added.

Delhi Police busted a racket of spot fixing in the IPL T20 tournament with the arrest of three players of Rajasthan Royals.

Pacer S Sreesanth and two other players of the franchise were arrested on allegations of indulging in spot fixing.