In a dramatic encounter, Royal Challengers Bangalore stole defeat from the jaws of victory against the Chennai Super Kings. Having put up 165 on the board, Bangalore defended with a lot of fire only to see Chennai run away with the game in the last over, via a no-ball. 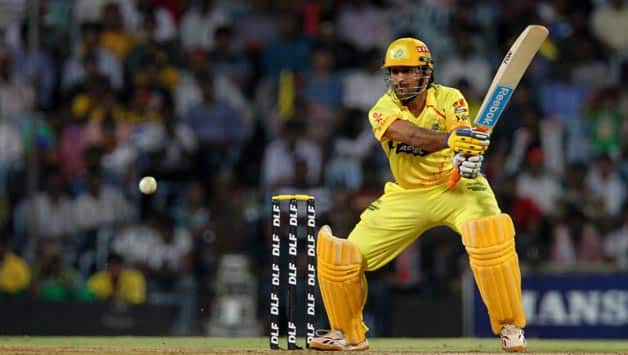 In a dramatic encounter, Royal Challengers Bangalore stole defeat from the jaws of victory against the Chennai Super Kings. Having put up 165 on the board, Bangalore defended with a lot of fire only to see Chennai run away with the game in the last over, via a no-ball.

Mahendra Singh Dhoni won the toss and put Bangalore in to bat. The home side had made one change to their line-up as Mohit Sharma came in for Ankit Rajpoot. Since the game was in Chennai, Muttiah Muralitharan wasn’t available and Ravi Rampaul came into the Bangalore XI. J Syed Mohammad and Daniel Christian replaced Lokesh Rahul and Moises Henriques.

All eyes were on Chris Gayle as he was expected to entertain. Dirk Nannes bowled a good first over to the big-hitting West Indian, but Gayle managed to smash the last ball for four. However, Chennai celebrated when they dismissed him in the next over. Gayle chased a widish delivery by Chris Morris, but only managed to edge it to Dhoni. The biggest danger in the Bangalore line-up was out of the way.

With Gayle back in the hut, Mayank Agarwal and Virat Kohli went about the task calmly. They struck a few boundaries, but Bangalore’s rate needed some lifting. At the fall of Agarwal’s wicket, AB de Villiers walked in and Bangalore started getting a move on. He was at his inventive best as Kohli anchored the innings.

Kohli had two lives during the innings as the umpire turned down a vociferous appeal for caught behind. Replays indicated that he had got an inside edge. Later on, Dwayne Bravo dropped a chance off his own bowling to give Kohli a reprieve.

However, de Villiers was going along well and disturbed the Chennai bowlers by moving about the crease. He sat on one knee even to the fast-bowlers and smashed them through the leg-side. After Kohli dismissal, Bangalore lost a few more, but de Villiers continued to attack.

Chris Morris had got the wickets early on, but conceded 20 in his last over. Bangalore ultimately finished on 165, with de Villiers losing his wicket off the last ball of the innings. Chennai now had to chase the score on their home ground — a venue where they boast of a fantastic record.

Chennai got off to a slow start to their run-chase as they scored only four runs in the first two overs. Rampaul then had Murali Vijay caught behind in the third over. The batsman was surprised and the umpire took his time to rule him out.

Bangalore maintained the pressure as they did not give anything away. All that pressure resulted in the wicket of Hussey as he pulled R Vinay Kumar straight into the hands of deep square leg. At that stage, Chennai’s score read 10 for two in four overs.

Such was the pressure built on Chennai that their first boundary only came up in the fifth over when Suresh Raina lofted Christian for four through the covers. Raina then hit three fours off Vinay Kumar to finish the powerplay at 31 for two. Subramaniam Badrinath was dropped early on as RP Singh failed to hold on to a chance at third-man. Chennai were gradually making inroads.

Raina was going well and he brought up Chennai’s fifty in the eighth over with a fine sweep of Syed Mohammad. At the half-way mark Chennai were 64 for two and needed to score at around 10 an over to overhaul the target. However, they were jolted soon after as Raina edged a slog off Syed Mohammad and was caught at short third-man.

With Chennai’s hopes resting on his shoulders, Dhoni walked out to the middle. Badrinath was going smoothly and was found the boundary a few times. However, the intent to increase the run-rate made him hole out to the covers as Agarwal took a fantastic catch. Syed Mohammad had his second success of the day.

At that stage, Chennai needed 88 off 46 balls, but had lost four wickets. Dhoni had to take charge in the company of Ravindra Jadeja. Captain Cool then got into his stride with a huge six over mid-wicket in the 14th over. RP Singh erred slightly in length and Dhoni dispatched it with disdain. Was it a sign of things to come?

As the last five overs approached, the required-rate had shot up to 13 an over. Dhoni smashed Rampaul in the 17th over as he milked 12 runs off the first three deliveries. The second ball disappeared over the stands as it traveled over a 100 metres.

The tension was high as it could have been anybody’s game. Both Dhoni and Jadeja were getting the boundaries, but also kept rotating the strike. However, with 29 needed off 12 deliveries, it looked like the game was slipping out of Chennai’s grasp. It got worse as Rampaul induced an edge from Dhoni to the keeper.

The drama didn’t die down with Dhoni’s dismissal as Bravo came in and smashed his first ball for a huge six. But Rampaul had his man as he trapped Bravo in front as Bangalore breathed a sigh of relief.

Chennai needed 16 off the last over and Jadeja edged the first ball for four. Jadeja then smashed the next ball high over long on for another six. With two needed off the last ball, there was some confusion. Jadeja guided it down the throat of third man, but the umpire signaled a no-ball. RP Singh had overstepped by a mile.

Chennai celebrated as Bangalore were left to rue what might have been.

S Sreesanth will give 100 per cent for Rajasthan Royals: Owais Shah