Having got an opportunity to bat early on after Mumbai Indians lost four quick wickets against Chennai Super Kings, the West Indies explosive batsman Kieron Pollard proved his mettle but he refuted claims of making a statement. 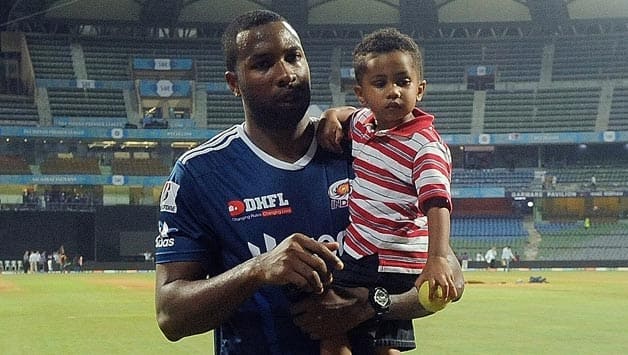 Explosive West Indies and Mumbai Indians all-rounder Kieron Pollard finally got an opportunity to bat early in the innings against Chennai Super Kings and responded with a quickfire 57 off 38 balls that buoyed his team to a respectable score. Pollard, however, refuted claims of making a statement.

Time and again Mumbai Indians have faced criticism for not promoting Pollard higher than the No 6, which leaves the hard-hitting batsman with very little time to make an impact.

But in MI’s Indian Premier League tie on Saturday night against CSK, the Caribbean T20 specialist showed what he could do if given the opportunity to plan and pace his innings.

Asked the need of him to bat in the top order, Pollard said: “I can feel that some times. I do not know about the other players but I have a job to do as well as a player.”

After MI lost their top four batsmen, including Sachin Tendulkar and Ricky Ponting, Pollard was at the crease as early as in the ninth over. He took the rare opportunity to prove his worth as a match-winner with the bat, hitting an unbeaten 57 off 38 balls.

Even as other batsmen found it difficult to bat on the Chennai wicket, Pollard said it was a good track.

“I made myself good to bat at that situation. The situation was demanding that I should stay on and bat, which I tried to do. To me the wicket was good and there was dew factor but it tended to slow down at times.

“You have to bowl in right areas. Obviously, I had some work to do in finishing up the overs. To me it is a good wicket,” he explained.

Pollard also took a sensational catch under pressure when CSK skipper MS Dhoni was almost running away with the match.

With 12 runs to win from the last over, Dhoni hit Munaf Patel powerfully but ended up caught by an air-borne Pollard at the boundary ropes. That stunning catch sealed the fate of Chennai.

“Obviously there has to be players in important positions. There could be strategies in bowling wider ones and the batsmen tend to go for bigger boundaries. Some guys cannot face up to intervene the ball nearing the ropes,” said Pollard.

On whose idea was it to send him at deep midwicket, the West Indian replied: “It was not an idea. It was felt in the earlier times in the match. It was Smith to go there but then I thought let me go there.”

Asked if Lasith Malinga’s presence in the team would have made the job easier for Mumbai, Pollard said although the Sri Lankan was missed, Mitchell Johnson bowled well.

“Obviously he is a good bowler. He has also missed in couple of times. But Mitchell bowled pretty well. Whatever we do, we do as a team. When he comes back, he is surely going to help us in the team. But, at this point in time, Mitchell had done a very good job.”