Kings XI Punjab are still in the reckoning at the Indian Premier League (IPL), 2013 as they have beaten the Delhi Daredevils by runs at Dharamsala. 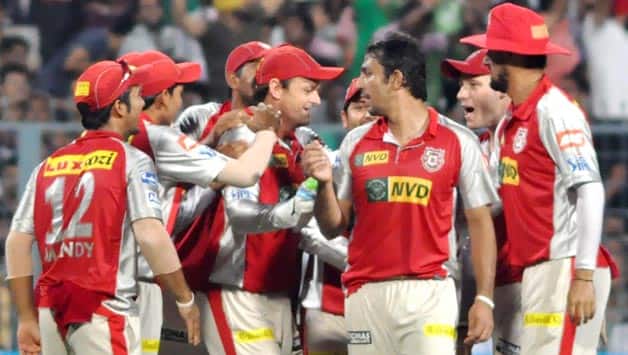 Kings XI Punjab are still in the reckoning at the Indian Premier League (IPL), 2013 as they have beaten the Delhi Daredevils by seven runs at Dharamsala.

Mahela Jayawardene won the toss and elected to field first. Punjab brought back Praveen Kumar for Manpreet Gony. Along with Jayawardene, Morne Morkel and Muralidharen Gautam came in for Delhi.

Adam Gilchrist was in great form yet again and was attacking the Delhi bowlers. Marsh was almost a spectator at the other end as Gilchrist played the big shots. However, they slowed down after his dismissal as Marsh struggled to play the big strokes. Azhar Mahmood’s promotion did not work this time as he didn’t last long.

In the slog overs, David Miller and Rajagopal Sathish played the big shots to take Punjab to 171. Miller in particular was severe on the bowlers as he carted huge sixes.

Delhi tinkered with their batting order as Unmukt Chand opened the batting with Jayawardene. He showed a glimpse of his talent with a six over covers. However, he was bowled by Praveen Kumar for 7.

Sandeep Sharma, the young and promising pacer used the conditions well. He made things tougher for Delhi when he snared Irfan Pathan and David Warner off consecutive deliveries. It was quite astonishing that Delhi had kept Virender Sehwag down the order. Ultimately, he had to enter the field with his team in trouble.

Sehwag’s entry to the crease brought a refreshing change for Delhi as he was hitting the ball well. Jayawardene wasn’t scoring quickly and Sehwag took it upon himself. Delhi’s 50 came up in streaky fashion in the 10th over as Gilchrist missed a stumping chance.

However, Punjab breathed a huge sigh of relief when they had Sehwag caught behind off Parvinder Awana in the 11th over.

It was always going to be a tall order from there on. Jayawardene was given a reprieve and accelerated after that. Punjab dismissed him in the 17th over. But, Ben Rohrer continued to fight. Gautam was also finding the boundaries.

With 41 runs required off 12 balls, Rohrer smashed the first two deliveries of the penultimate over for sixes. He was giving Punjab a scare as he milked a four through the covers later that over.

Gilchrist took a gamble and handed the ball to Piyush Chawla for the last over. He bowled the dangerous Rohrer off the first ball with a fastish delivery. That effectively ended Delhi’s fight and they slipped to another defeat, although Morkel provided some entertainment with two sixes.

Man of the match: David Miller