With practically no chance of making it to the playoffs, Kings XI Punjab coach Darren Lehmann lamented the on-field bloopers that had cost his team a couple of crucial matches. 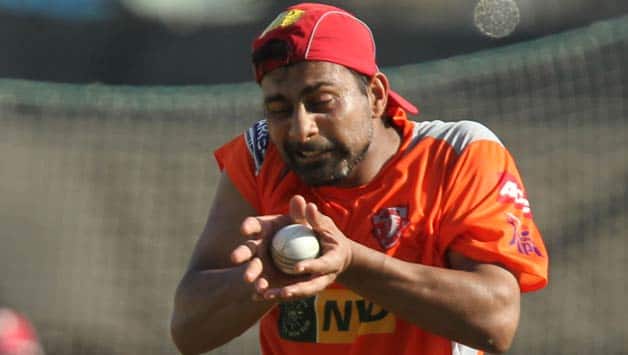 With practically no chance of making it to the playoffs, Kings XI Punjab coach Darren Lehmann lamented the on-field bloopers that had cost his team a couple of crucial matches.

“If we could have done anything better this year, it is our fielding. If we could have caught everything, we could have won a couple [of] extra games,” Lehmann stated during the pre-match media interaction ahead of his team’s IPL league game against Royal Challengers Bangalore tomorrow.

“The focus will be on bowling really well and hold onto our chances more than anything else because RCB have some dangerous players,” he added.

King’s XI have five wins from 13 matches and are at the seventh spot with just three matches in hand.

Lehmann, who guided Deccan Chargers to the IPL title in 2009 and more recently Brisbane Heat to the Big Bash League title in 2013, said it would be a challenge for Kings XI to play against a side that has done really well at home.

“We have just got to perform better than we have in the last couple of games. The other night, we were 20 per cent short of where we wanted to be and missed some chances on the field,” he said about their home loss to Sunrisers Hyderabad.

On team’s enjoying home advantage, Lehmann said that sides have dominated 75 per cent of their respective home games and the reason for this could be that one feels settled if they are based there for a fair amount of time.

“I think it’s a case of the teams not playing as well as they should have away from home. It might be different next year, but for this season players and teams have not adapted well away from their home venues,” the Aussie felt.

Lehmann said the pitch here at the Chinnaswamy Stadium looks a typical Bangalore wicket that will offer bounce and carry and a high-scoring encounter.

Though the older players have struggled this year, the Aussie feels they add value off the field in terms of helping out younger players.

“Sachin [Tendulkar], Gilly [Adam Gilchrist] and [Ricky] Ponting, add immense value to a franchise not just because they are playing but what they bring in terms of fans and the enjoyment factor.

“Yes, they would like to make more runs and take more wickets. Franchises need them to do that as well. Adam’s no different. We need him to make more runs. He did well in the last couple of games but before that he had not batted well enough. They are superstars for a reason. But they add a lot off the field. So you have got to take that into consideration as well,” he added.