Chennai Super Kings coach Stephen Fleming has attributed his side's stupendous success in IPL to "loyalty in team selection and conservative approach" that has helped the 'Men in Yellow' make it to the fifth final in six editions of the cash-rich league. 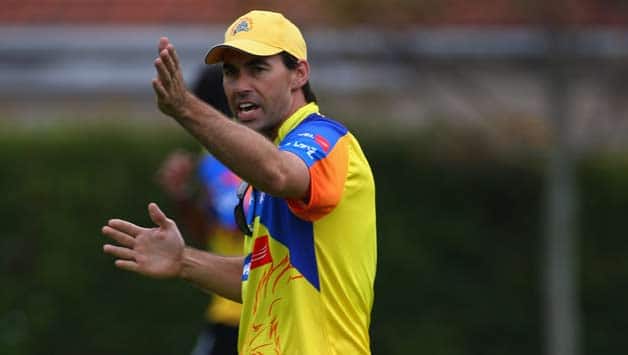 Chennai Super Kings coach Stephen Fleming has attributed his side’s stupendous success in Indian Premier League (IPL) to “loyalty in team selection and conservative approach” that has helped the ‘Men in Yellow’ make it to the fifth final in six editions of the cash-rich league.

“We have shown consistency and loyalty in team selections. Moreover, the composition of our side and the kind of mix we have. The combination of selection policy, quality of players, their maturity and above all a good franchise, everything has been fantastic,” Fleming told reporters at the post-match conference.

“We have been lucky to have had the same team for six years and have played only finals and semi-finals. We have been conservative in our approach and often been criticised for being boring. But in a tournament where results can be emotionally driven, we have had a solid base,” he added.

Chennai Super Kings entered the final of the Pepsi IPL for the fourth straight time with a thumping 48-run win over Mumbai Indians in the first qualifier on Tuesday night.

Fleming said that introduction of Ravindra Jadeja was a ‘Game Changer’ as the left-arm spinner got rid of the dangerous Dwayne Smith, who hit a blazing 28-ball 68.

“We were a little bit on the backfoot as the bowling came under a bit of pressure from Smith. We needed to quickly turn around things. Bringing in Jadeja was the right move as it turned out to be the Game-Changer,” said the coach.

Asked how Dhoni approaches a particular match-situation, Fleming said, “Dhoni is a captain who always has an open plan and I back his judgement.”

Fleming paid rich tributes to veteran Mike Hussey for his phenomenal success, having scored 732 runs in IPL 6 so far.

“It’s been unbelievable. He (Hussey) is also in a little bit of shock as to how good he has been. I used to pull his legs, calling him “too old and traditional” to play some innovative shots. But now that he is concentrating solely on T20s, he is exploring ways to get better. He has been an absolute delight this season,” Fleming said.

The former Kiwi captain said that his choice of opponent for the final will be the side that is more “emotionally drained” after two tough matches.

He was asked for the umpteenth time about whether he would like to coach a national team, and Fleming was quick to dismiss the idea yet again.

“I have a young family with three kids. As of now the balance between IPL and family works fine for me as I have been on the road for the past 20 years,” he said.

Are MI becoming proverbial chokers in the league, Rohit replied, “I don’t agree as we have won 11 out of 16 games in the league phase. The bowlers have done a tremendous job till now and it was one day they couldn’t make it happen.”

Asked about the areas where MI were found wanting, the young skipper said, “There are a few areas like changing pace and bowling back of the length on this track with short boundaries which didn’t work. It was a huge score and we got tremendous start but lost a lot of wickets in the middle.”