After having virtually brought Kings XI Punjab's campaign to an abrupt end in Indian Premier League (IPL) 2013 after inflicting a 30-run defeat on them, Sunrisers Hyderabad coach Tom Moody heaped praise on his opener Parthiv Patel, saying he played a very mature innings. After having virtually brought Kings XI Punjab‘s campaign to an abrupt end in Indian Premier League (IPL) 2013 after inflicting a 30-run defeat on them, Sunrisers Hyderabad coach Tom Moody heaped praise on his opener Parthiv Patel, saying he played a very mature innings.

He said the team which had improved their chances of reaching the semi-final stage by virtue of the win was not looking at the net run rate.

“It was Parthiv’s turn to put his hand up and hats off to him because it was a very very mature innings, a responsible innings and enabled us to get the total that we got. At one stage, we were staring down the barrel about 100-110,” Moody told reporters after the match.

In response to Hyderabad’s 150/7, Kings XI could manage only 120/9 in their home turf and were left with only a mathematical chance of reaching the play-offs.

Moody also praised his bowlers for having adapted to the Mohali track, which he said was playing different to its known nature of pace and bounce.

“There is very few second chances leading into the final stages and its pleasing to walk away with the win,” Moody, who had once also coached KXIP, said.

It’s about us winning the game of cricket. There is no point looking at what other teams are doing, whether they are winning or losing. We know what we need to do and keep winning as many games as possible. Anything beyond ten (wins) is going to be a bonus.”

Hyderabad have eight wins from 13 games played so far while Punjab have managed just five wins from equal number of games played.

On his team’s batting which has let them down on many occasions, he said,”…it’s pretty obvious that our batting hasn’t been a strong point to this point in the tournament.

But in saying that, what we have done well in the bat is show character and from situations of adversity we have managed to bounce back.”

On Cameron White replacing Sri Lankan Kumar Sangakkara as captain for Saturday’s game, Moody said,”at the end of the day, we try to pick best combination, Kumar has always said we got to pick up the best eleven, which is going to win on any given day. We fielded what we thought our best eleven was and we are very lucky that we’ve got 2-3 players in White, (Darren) Sammy and Sangakkara, all international captains and having international experience..today was Cameron’s chance to do it.”

Asked if the match against Chennai Super Kings the other night where Hyderabad had big margin of loss, will it hurt their teams chances if it comes down to net run rate in the end, he said, “I think I have answered that question”.

About the conditions in Mohali, which has been a familiar turf for him in the past, Moody said, “I have got a lot of fond memories and lot of good friends here, that is from personal point of view, from a cricketing point of view, the conditions are quite different from what we were expecting, the wicket was probably carrying a lot more moisture than what we expected, than what both teams expected, and it didn’t have the pace and carry that we have come to know here in Mohali, where once the batsmen get in, we are talking of a 180 plus score.

It wasn’t that surface today. We were very fortunate after having lost the toss scrambled to a competitive total. Our bowling group adapted well to the conditions and bowled particularly well and made hard for the Kings XI to chase the total.”

IPL 2013: Venues like Ranchi can benefit tremendously from the tournament 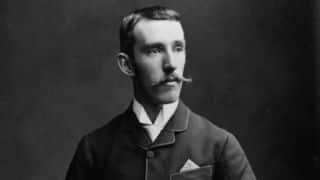