Batting remains a concern for both Chennai Super Kings and Rajasthan Royals ahead of their Indian Premier League (IPL) 2013 clash to be played at the MA Chidambaram Stadium in Chennai on Monday. 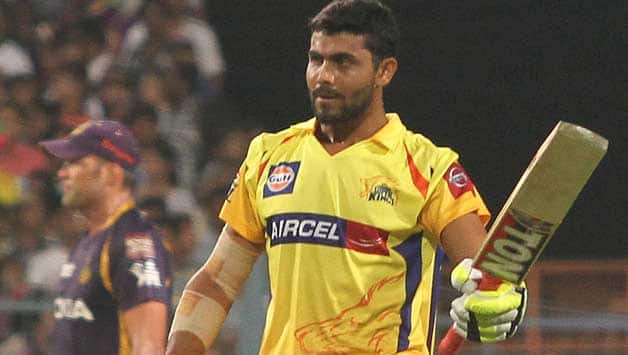 Batting remains a concern for both Chennai Super Kings and Rajasthan Royals ahead of their Indian Premier League (IPL) 2013 clash to be played at the MA Chidambaram Stadium in Chennai on Monday.

While Chennai Super Kings will fancy their chances at their home ground against a wobbly Rajasthan side while playing away matches, the tourists will hope to draw inspiration from their previous wins and make amends after their crushing defeat to the Royal Challengers Bangalore by seven wickets on Saturday.

Chennai have won their last two matches in the tournament and will aim to build on the winning momentum, but their batsmen continue to misfire and this remains their biggest worry. Chennai made a heavy weather out of their chase of 120 against Kolkata Knight Riders, losing wickets at regular intervals. It was Ravindra Jadeja’s quick 14-ball 36 not out towards the end which not only bailed Chennai out of trouble, but also registered a narrow win.

Skipper MS Dhoni admitted after their four-wicket win against KKR on Saturday that his batsmen need to pull up their socks.

“We did not bat well, it is one area where we would like to be more consistent,” said Dhoni.

Michael Hussey’s presence in the top order is extremely crucial for the Super Kings, as Suresh Raina and Murali Vijay’s form with the bat remains a worry for the two-time champions.

Chennai’s bowlers have been consistent and their fielding efforts against Kolkata Knight Riders determined a remarkable comeback after the hosts got to a quick start. The Super Kings will hope to produce another stellar show on the field, which played a crucial part in their win.

Jadeja’s all-round performances makes him one of the most valuable players in the tournament and he will once again be Chennai’s mainstay.

On the other hand, Rajasthan Royals will aim for consistency with the bat after crushing Mumbai Indians by 86 runs but losing heavily to RCB.

Rajasthan failed to put up a competitive first innings total on a placid track at the M Chinnaswamy Stadium and were crushed by the home side. The loss pushed Rajasthan to the fourth spot in the IPL 2013 points table.

Rajasthan captain Rahul Dravid has urged his side to start winning more away games, which has hurt them in IPL 2013.

“In terms of winning away games I think it is going to be important as the tournament goes on. We have played very well at home by winning all three games. We have won a game away but lost two,” Dravid told reporters in the post-match press conference after loss to RCB.

An in-form Ajinkya Rahane continues to be Rajasthan’s batting mainstay, but the other batsmen will have to take more responsibility if they have to prevail over Chennai in their fortress.

The Royals slipped from 104 for four to 117 all-out against RCB with the lower order putting up no fight. However, the consistency shown by some of the Rajasthan cricketers in the IPL 2013 strengthens their case against Chennai.

Rajasthan admit that they do not have big names in their ranks as compared to the other teams, and they will have to look for solutions within themselves for overcoming the challenge.

Shane Watson’s rolled his arm over after a long time and it is a welcome development as the Australian all-rounder can single-handedly turn the course of a match. Though he flopped with the bat against RCB, he claimed two wickets in two overs to prove his mettle once again.

Chennai have an impeccable record at home and Rajasthan will be facing an uphill task to overcome the MS Dhoni-led side.