Ricky Ponting-led Mumbai Indians will welcome an out-of-sorts Delhi Daredevils at the Wankhede Stadium on April 9. 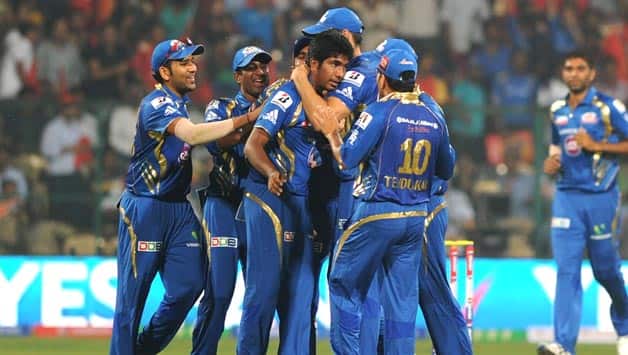 Ricky Ponting-led Mumbai Indians will welcome an out-of-sorts Delhi Daredevils at the Wankhede Stadium on April 9.

The Delhi Daredevils, who generally do well in the league stage, have had a nightmarish start to the season after losing their first two matches against Kolkata Knight Riders and Rajasthan Royals.

With injuries to key players like Virender Sehwag and Morne Morkel, the depleted Delhi side have not been able to pull through and face another uphill task against Mumbai on Tuesday.

The only positive for Mahela Jayawardene & Co. is the fact that after being thoroughly outplayed by KKR, they went down against the Rajasthan Royals after putting up a decent fight. Yet, they will be aware of the fact that big names in the Mumbai squad make them a tough opponent irrespective of their form.

Opener David Warner, who scored 77 against Rajasthan, will be expected to shoulder the responsibility alongwith Jayawardene at the top of the order. Jayawardene will also hope that Unmukt Chand can get off to a good start and consolidate well.

In the bowling department, Umesh Yadav holds the key for Delhi. He bowled exceptionally well for his four-for against Rajasthan and will look to trouble the Mumbai Indians’ top-order early on. Ashish Nehra will have to do well to hold things up from the other end.

As for the Mumbai Indians, they will be high on confidence after beating MS Dhoni’s Chennai Super Kings in their own backyard.

With one win and one defeat in two games, the Mumbai Indians will hope to shrug off the early complacency that they often tend to showcase. Although the idea of opening with Ricky Ponting and Sachin Tendulkar is mouth-watering, they will need a pair who can get them off to a good start.

It would be an interesting move if Ponting pushes Tendulkar down the order to No 4 and expects him to come out and play an attacking innings or even provide cover for Dinesh Karthik, who has been Mumbai’s best batsman so far.

They also need to figure out the best possible way to utilise the West Indian all-rounder Kieron Pollard. Rohit Sharma has played some splendid knocks in this tournament in the past, and Ponting will hope another one of those is around the corner. Ambati Rayudu is another player who has failed to turn up in the tournament so far.

As for the bowling unit, Mitchell Johnson has been a revelation and has filled in well for the injured Lasith Malinga. The likes of Pragyan Ojha, Harbhajan Singh and Munaf Patel were among the wickets in their previous match and just need to carry on that form.

It will be interesting to see if Mumbai Indians play their million-dollar purchase Glenn Maxwell or Phil Hughes in place of Dwayne Smith, in order to strengthen their batting. As for Delhi, they could opt for Roelof Van der Merwe in place of Johan Botha to add some strength to their batting.

At the moment, the odds favour the Mumbai Indians. They may have shown early signs of their trademark complacency but they may still be too good for the depleted Delhi Daredevils. 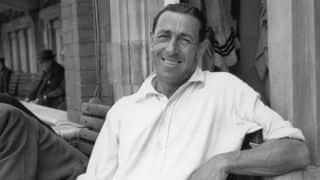 Arthur Wellard: One of the biggest hitters in the game who twice pummelled five sixes in an over