The Kolkata Knight Riders travel to the capital city to take on the Delhi Daredevils in the 44th match of the Indian Premier League 2013 on Wednesday. 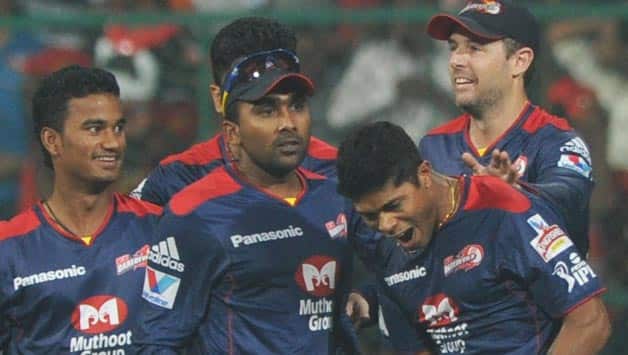 The Kolkata Knight Riders travel to Raipur to take on the Delhi Daredevils in the 44th match of the Indian Premier League 2013 on Wednesday.

It has been a month full of nerve-wrecking matches with pulsating finishes as the tournament is slowly but steadily transcending into the most crucial stage where every single point is worth its weight in gold. Both Kolkata and Delhi are reeling at the sixth and the seventh spots respectively and need run of form to try and change the equation at the top.

Kolkata Knight Riders have had a disappointing campaign in IPL 2013. After a dream win in last year’s IPL, the Gautam Gambhir-led side vie for consistency. They have suffered back-to-back losses and are looking like the team that was in the first three seasons of the IPL. However, they still have a strong line-up to ruffle a few feathers. As for the Delhi Daredevils, unfortunate injuries and failure to click as a unit has made them a strong contender for the wooden spoon this year. While skipper Mahela Jayawardene remains confident of winning all the remaining fixtures and making a surprise entry into the top four, it is going to be an uphill task for them to actually pull it off.

The Delhi Daredevils have won just two out of their nine matches so far. On both occasions, it was their batsmen who saved the day. With the likes of David Warner and Virender Sehwag at the top, Jayawardene has enough reasons to believe that they are capable of winning every game that comes their way. Last year’s purple cap winner Morne Morkel has been a shadow of himself this season. He has leaked a lot of runs and has failed to make important breakthroughs. Umesh Yadav, who returned from an injury has done well and will hope to end his season that way on the personal front. Jayawardene will hope his batsmen have another field day against the Kolkata Knight Riders.

As for the defending champions, the pressure of the title has gotten better of them so far. Their season has gone from bad to worse and are looking likely to finish in the bottom half of the table. To prevent that, Gambhir will hope his side can rise to the occasion and prove what champions are really made of when they take on the Delhi Daredevils. Gambhir will look to treat every match as a knockout tie from hereon and lead the side from the front. He will hope to see the likes of Sunil Narine and Sachitra Senanayake spin a web around the Delhi batsmen with their ‘mystery’ bowling. The inclusion of Brendon McCullum should also strengthen the batting line-up.

The momentum, at the moment, belongs to the home side but Gambhir’s insatiable hunger and grit will be a force to deal with for the Delhi batsmen.

Adam Gilchrist: It was more compelling to give youngsters an opportunity

Rohit Sharma: We want to make Wankhede Stadium our fortress