Maharashtra Navnirman Sena (MNS) chief Raj Thackeray on Sunday softened his stand against the NCP and also questioned the rationale of playing Indian Premier League (IPL) cricket matches in the state, when it faces a severe drought. 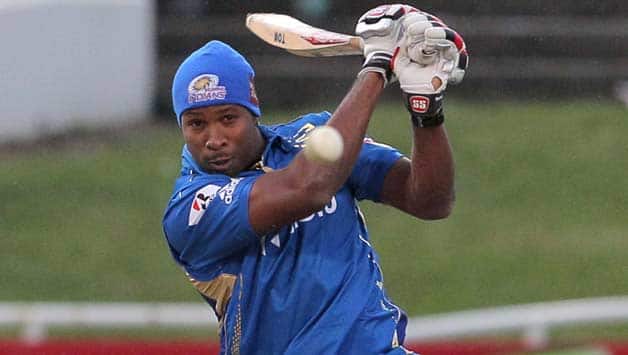 Raj Thackeray believes that drought situation is severe in Maharashtra, IPL matches shouldn’t be played in the state © Getty Images

Maharashtra Navnirman Sena (MNS) chief Raj Thackeray on Sunday softened his stand against the NCP and also questioned the rationale of playing Indian Premier League (IPL) cricket matches in the state, when it faces a severe drought.

Raj, who has been engaged in a war of words with NCP leaders, said he did not wish any confrontation and had merely responded to intimidating statements by NCP spokesperson Ankush Kakade, “daring” him to visit Pune. He clarified that he would not be visiting Pune as announced earlier.

“I am doing my job. I am criticising them (NCP) politically. I have no programme in Pune. I don’t want confrontation (with the NCP),” he said.

On Sunday, NCP chief Sharad Pawar had directed his party workers through a communique, not to be at loggerheads with the MNS, when Raj Thackeray visits Pune on March 7.

Raj also reiterated his demand that jobs in Maharashtra should be given to the sons of the soil.

“If jobs are being generated in Maharashtra, then Marathi speakers should be given the first priority,” he said.

Citing the terrible drought in the state, Raj also said that the Indian Premier League (IPL) cricket matches shouldn’t be played in Maharashtra.

“Entertainment tax has been relaxed for IPL matches. Since the drought in the state is terrible, we expect that IPL matches shouldn’t be played in Maharashtra,” Raj told reporters.

In April and May, the situation is likely to worsen further in Maharashtra’s drought-affected regions, he said, alluding to this year’s ‘Pepsi Indian Premier League 2013’ season, called ‘IPL 6’ or ‘IPL 2013’, which will begin on April 3 and end on May 26.

He pointed out that NCP chief and Union Agriculture Minister Sharad Pawar had criticised his party minister in Maharashtra Bhaskar Jadhav after he hosted his son and daughter’s wedding in an extravagant style.

“Therefore, is it appropriate to organise IPL matches in a state, when there is severe drought?” he asked.

India vs Australia 2013: Virender Sehwag's way of getting out is alarming: Kiran More