They have shown remarkable fighting spirit despite the demoralising spot-fixing scandal and the Rajasthan Royals will now look to upstage the mighty Mumbai Indians in the second qualifier at Kolkata on Friday to book, what would be, a dream final berth in the IPL. 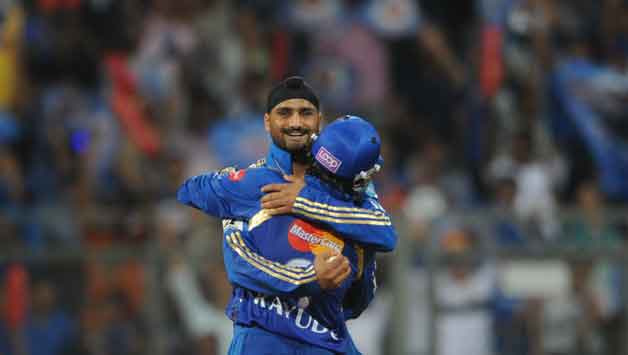 They have shown remarkable fighting spirit despite the demoralising spot-fixing scandal and the Rajasthan Royals will now look to upstage the mighty Mumbai Indians in the second qualifier at Kolkata on Friday to book, what would be, a dream final berth in the IPL.

On paper, Mumbai Indians may appear stronger but Rajasthan will be high on confidence after their four-wicket win against Sunrisers Hyderabad on Wednesday.

Friday’s match will determine the Chennai Super Kings‘ opponents in the Sunday summit clash at the same venue.

In a shocking last week, the Royals were shaken to the core by the spot-fixing scandal. Just when they needed something special, a 29-ball 54 by Brad Hodge not only boosted their morale of the team but revived the Royals campaign by taking them into the second qualifier.

Mumbai Indians, on the other hand, are coming here after a 48-run thrashing by Chennai Super Kings in the first qualifier. They had been defeated in their last league match as well, suffering a 50-run loss to Kings XI Punjab.

Add to this, a left wrist tendon injury to their senior batsman Sachin Tendulkar which has led to uncertainty over his participation in the knockout match even though the team is hopeful of his recovery.

Unlike Rajasthan, Mumbai Indians are a big-spending side boasting of a star-studded and balanced side. But it is not just about talent as proper application has turned out to be their real problem.

Mumbai Indians had their best run in 2010, finishing runners-up to Chennai Super Kings besides winning the Champions League Twenty20 the next year.

In the ongoing edition, they are still struggling to find a regular pair of openers. Mumbai Indians are yet to get their combination right even after 17 games.

Chasing 193 against CSK in their previous match, Mumbai’s batting crumbled under pressure while their so-called disciplined bowlers leaked too many runs.

But Michael Hussey and Suresh Raina stood out with an unbroken 140-run partnership with a strike rate of about 200.

Mumbai would also take confidence from Dwayne Smith‘s ominous form as they found an explosive opener in the West Indian who struck a 28-ball 68. On the flipside, Dinesh Karthik and skipper Rohit Sharma could not capitalise and choked under pressure.

Smith would be their trump card so would be his compatriot Kieron Pollard against a team which has little spin ammunition with the duo of Ankit Chavan and Ajit Chandila behind the bars in the spot-fixing scandal.

That they have a superior spin attack in Harbhajan Singh and Pragyan Ojha would prove to be a crucial edge for the Mumbai Indians on the sluggish Eden wicket.

Likewise, Royals have the batting firepower in the Aussie duo of Shane Watson and Brad Hodge with the latter coming to form just at the right time.

The 38-year-old Victorian, who made his T20 debut in 2003, is arguably the most-experienced player in the shortest format with 5548 runs from 195 matches.

When Mumbai travelled to Jaipur in the first-leg they endured an 87-run loss, being bowled out for a paltry 92, but they bounced back in the return leg with a 14-run win.

When it comes to Eden, Mumbai have an edge having won more than the Royals who suffered an eight-wicket loss to Kolkata Knight Riders.

The last time Royals came to Kolkata, Rahul Dravid was too defensive with his strategy. But time has come for the Rajasthan Royals to play some aggressive cricket.