Calling it a 'joke', 'Sir' Ravindra Jadeja stated he had no problem with the prefix before his name as long as his Chennai Super Kings and India teammates were enjoying the all-rounder's 'knighthood'. 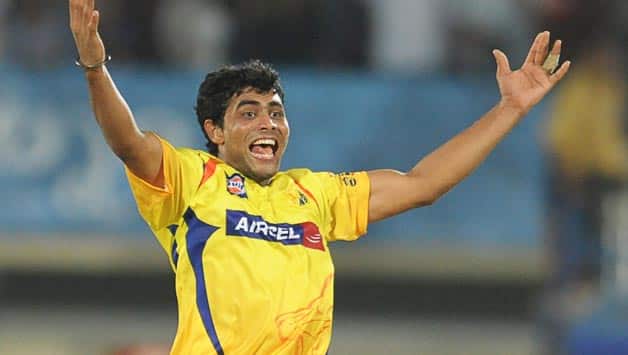 Chennai Super Kings have been pulling off such close matches quite frequently, and Ravindra Jadeja (above) attributed it to the presence of quality all-rounders in the side © AFP

Calling it a ‘joke’, ‘Sir’ Ravindra Jadeja stated he had no problem with the prefix before his name as long as his Chennai Super Kings and India teammates were enjoying the all-rounder’s ‘knighthood’.

“I think it is a joke and we are enjoying. Nothing serious in that matter. I don’t think I am a great man. I just want to be what I am right now. I am not seriously thinking about the title ‘Sir’ and all that. It’s okay as everybody is enjoying in the team and it’s fine,” he said.

The 24-year-old led Chennai Super Kings to a thrilling last-ball win over Royal Challengers Bangalore in the Indian Premier League on Saturday night.

“In the last over we needed 16, so we were thinking that whatever will be in our reach we will go for them. [MS] Dhoni had got out in the penultimate over so we thought what would happen. But [Dwayne] Bravo, [Chris] Morris and I backed ourselves and won the game off the last ball.”

Chennai have been pulling off such close matches quite frequently, and Jadeja attributed it to the presence of quality all-rounders in the side.

“The thing is that we have got good all-rounders. Bravo, [Albie] Morkel, Morris and I. There are four all-rounders so our batting is good and till number nine everybody can bat.”

“We also have two genuine fast bowlers. Therefore we get advantage in the first sixseven overs as they don’t give away much. In the middle overs, at times, our batting gets a bit slow but we are working on it. We will concentrate on singles and doubles.”

Bucking the trend of letting Ravichandran Aswhin have a go at Chris Gayle, Chennai on handed over the ball to Dirk Nannes and Morris when the West Indian was at the crease.

“It was a good wicket to bat on. Earlier days the wicket used to turn a bit more but this year none of the spinners have been able to turn or beat the bat. It is dependent on the wicket. In T20 you usually get these kind of flat wickets. Gayle is such a batsman that he can hit any bowler in any ground for a six. Therefore, we were thinking that for him we will have a different strategy to not give him runs and take his wicket.”

Asked about the improvement in his six hitting abilities, Jadeja said he is eating a lot these days.

“I am eating a lot these days. If you are playing for India or your franchise in IPL it doesn’t matter, irrespective of how many matches you have played the pressure is always there. Number seven is a very difficult position to play in. You come in such a situation where you have to take the team to a victory.”

“Therefore, it is a difficult number. But I try to back myself in such situations for whichever team I am playing for and take the game to the last over and take the team to a win. It is not like earlier I was not able to hit and now I am able to hit. I have not become fat, though.”

Asked about the confusion after the last ball was bowled when he started celebrating, he said, “I was celebrating because I thought that there was no third-man [laughs].  Therefore, I raised my hands and celebrated. As I was running, I saw the umpire’s signal of a no-ball. Then I saw the catch being taken but by then I knew that we have got the two runs.”

And asked if he has finally arrived as an all-rounder, Jadeja said, “Yes. I think when everyone tags me as an allrounder then it is not for nothing that they call me so. I have done something in domestic cricket hit back to back triple hundreds that others have not done for which they call me an all-rounder.

“I have the belief now that I can do it. I will always try to win my teams more percentage of matches in such situations. I will continue to work on my consistency and contribute to the team’s success.”

Asked if the win was set up by the bowlers, he said, “I think it was a good wicket to bat with even bounce. The ball was coming on to the bat. I think by keeping them to 165 our bowlers did a good job. When Virat [Kohli] got out in the 17th over, they were 133 for two. Then we thought that the score would touch 180. But we got wickets after that and pulled them back.”

“Later, the partnership between Dhoni and me was crucial. That was the need to get a partnership towards the end and the runs would come. In the last four overs we needed 54 and we finished well from there.” 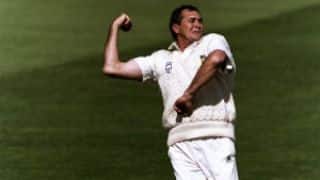