Former Australia captain Ricky Ponting is very keen to put his best foot forward both as skipper and player for Mumbai Indians in the Indian Premier League, a tournament in which he took part only for a while in its inaugural edition in 2008. 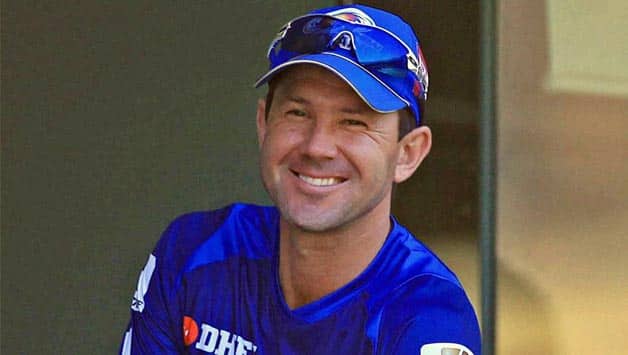 Former Australia captain Ricky Ponting is very keen to put his best foot forward both as skipper and player for Mumbai Indians in the Indian Premier League, a tournament in which he took part only for a while in its inaugural edition in 2008.

“Obviously, I am very excited to be back in IPL. I said when I had finished playing last time, hopefully I will be able to come back and play again. The way things have worked out — with my retirement from international cricket and finishing off the domestic season for Tasmania and playing well — have given me the opportunity to be back here,” said the Aussie at his first media conference here today.

He said retirement from the hectic international schedule has given him time to concentrate on T20 leagues.

“The reason I did not come back to IPL 2 and 3 was because I had too much international cricket on at that time.

And now that I don’t have international cricket, the opportunities for me to play in these domestic tournaments are really opening up.

“I am going to be here for a couple of months and then have a two-month stint at Surrey and another month or five weeks at the Caribbean Premier League as well. Now my whole focus is to make sure that I am the best player and best leader for Mumbai Indians for the next two months.

“Luckily I had the chance to captain Australia for a long time. I have got a really good idea of what makes good teams successful. And they are all the things I will be bringing to the table in Mumbai,” said Ponting.

Ponting is very excited to be playing alongside Sachin Tendulkar, against whom he has played many times at the international level.

“To be captain of any franchise is exciting but to think that I am the captain of Mumbai Indians and I will be playing alongside Sachin Tendulkar and Harbhajan Singh, some of the guys I have had great battles over the years, as well as some of my Australian team mates and some of the young local Indian talent I have come across in the last couple of days is great.

“With Mumbai now, we have John Wright, a successful ex-India coach, and Anil Kumble, a successful Indian captain and a very very good Indian player and leader. Obviously [with] me coming into the set up, we have put together a really strong leadership group, if you like,” said Ponting.

“And if you think of some of the other guys we have around like Sachin and Harbhajan, we have got a lot of experience and lot of skill around the team. I think it is very exciting for the tournament,” added the 38-year-old Tasmanian who retired with 27,000 runs in Tests and ODIs.

He also said that the entire team is excited about the opening game against Royal Challengers Bangalore on April 4.

“As far as I am concerned, there is no better franchise to be with and no better team to be with than the Mumbai Indians. The three days that I have been here, there has been a lot of excitement around the boys and around the team and the way we have trained over the last three days, it has been exciting. It’s fair to say that everyone in our squad is excited about our opening game on fourth.

“I think the biggest challenge so far has been getting the squad of players together. We have got international players playing all around the world and a lot of those guys are coming together a lot late. We fly to Bangalore tonight,” said the former Australian skipper.

“I am excited to be around the group again. I think a build up to any series is always a lot of fun but when it is a series and a tournament as big as the IPL it adds a little bit more. The excitement has been high around that group and I am looking forward to start of the tournament,” he added.

Even though he has not played IPL, except for a brief while in 2008, Ponting has been following it from whereever he was when the tournament was on.

“Of course I have followed it [IPL]. I am one of those people who follow cricket all around the world. It doesn’t matter what series is being played…whether it is the IPL or the Test series in India or Test series in England, then I am always keeping a very close eye on what is happening.”

Ponting was optimistic that this could well be the season when MI break the jinx of not winning the coveted title.

“Mumbai Indians have a pretty proud tradition in IPL of finishing up the top and being in the semi-finals. We obviously haven’t won the tournament yet but hopefully this year is our year,” he said.

Though he has quit international cricket, Ponting has been playing domestic cricket quite a lot.

“My wife thought that once I retire from international cricket things would start to slow down but I have actually been playing more. To tell the truth I have been away from home a bit more. I think that just goes to show my love for the game,” he remarked.