Mumbai Indians senior player Sachin Tendulkar spotted a talented net bowler around two-and-a-half weeks ago to hand him a contract with the Mumbai franchise. 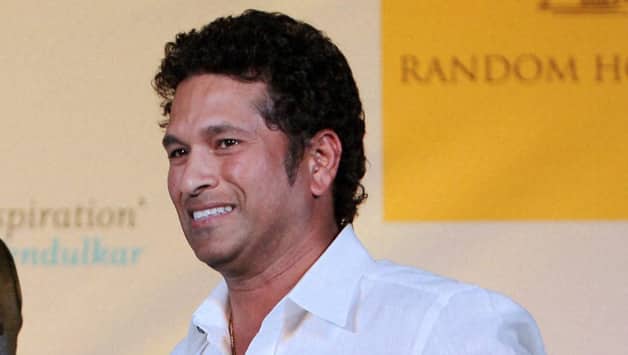 Sachin Tendulkar was impressed by the pace at which Javed Khan, a net bowler, was bowling during the practice session ahead of the Test match between India and Australia in Delhi © PTI

Mumbai Indians senior player Sachin Tendulkar spotted a talented net bowler around two-and-a-half weeks ago to hand him a contract with the Mumbai franchise.

20-year-old Javed Khan, a net bowler who had never played any age-group cricket now has a chance to play in the upcoming season of the Indian Premier League.

Khan grabbed Tendulkar’s attention during a nets session at Feroz Shah Kotla before the final Test between India and Australia. Khan’s pace and bounce surprised Suresh Raina as he bowled a few vicious bouncers.

Tendulkar was getting throw-downs in the adjacent net and noticed Khan’s pace. According to Khan, Tendulkar spoke to Ajinkya Rahane and praised the youngster and his pace.

After having impressed Tendulkar, Khan went onto catch the attention of Mumbai Indians’ skipper Ricky Ponting and coach John Wright during trials in Mumbai.

“I bowled with the leather (cricket) ball for the first time when I was about 18, around the time I’d come to Delhi to play cricket. Before that I used to play only with a tennis ball at my home,” said Javed, who hails from Gajraula, a dusty UP village near Delhi.

His father, a retired army hawaldar and currently a physical training teacher laid a lot of emphasis on Khan’s fitness since childhood.

“He made me do a lot of exe-rcises and running,” he said, as reported by Hindustan Times.

Javed played cricket in Shastri Park where his teammates encouraged him to consider cricket seriously.
He was soon spotted by Delhi selectors and Chetan Chauhan, the chairman of selectors, gave him a flat to stay in Saket where he now trains at his academy.

The news of his brutal pace came to the fore when he injured a member of the Delhi U-25 team with a bouncer that hit him on the head. Javed was however, ruled out of the season due to injuries.
Another opportunity has now come in the form of an IPL contract and he will be keep to make the most of it.

Matt Prior — drawing comparisons with the great Allan Knott