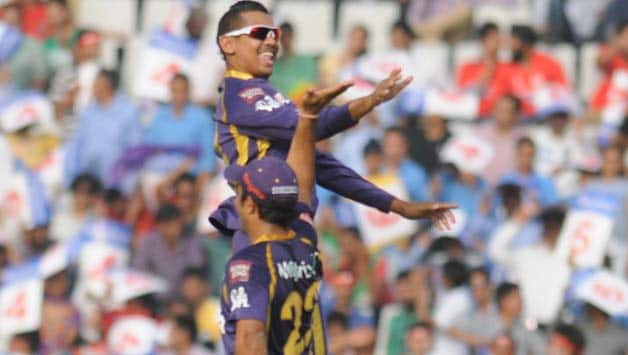 “I liked David Miller what he did..young guy young kid I like youngsters to be really honest… not that the old ones I don’t like… everybody likes them. But what David Miller had done in one of the Kings XI Punjab matches… he was awesome,” Khan told a TV channel while promoting his forthcoming film “Chennai Express”.

Khan waxed eloquent about the 23-year-old South African’s talents saying he is a “simple guy” and “great player”.

“I think he is a great player… he is a simple guy… he is gentle, sweet and he is humble… he is fantastic. You don’t have to be 6 feet 6 inches to hit the ball too hard,” elaborated Khan.

On a similar note, Khan, who owns the IPL franchise Kolkata Knight Riders, complimented his squad’s Caribbean spinner Sunil Narine for being “focused”.

“I think Sunil Narine has all these. I like him a lot. (He is like a) jigsaw puzzle, simple, quiet, does his work and goes home, doesn’t talk much.

“I like that professionalism in cricket… he has talent… he has the same expression whether he hits a six or takes a wicket but he is all that… completely focused,” said Khan.