Kolkata Knight Riders’s owner Shahrukh Khan acknowledged the IPL team’s supporter for cheering for them and promised to not let down the fans in the sixth season of the Indian Premier League. 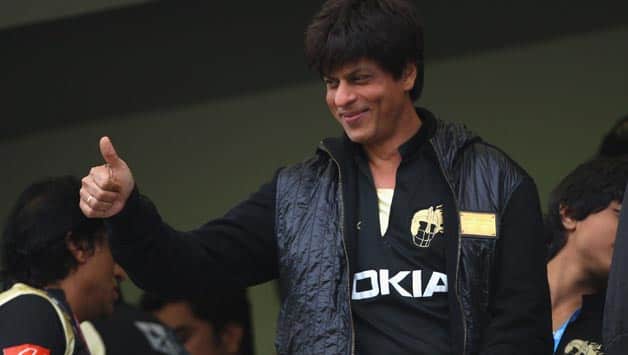 Kolkata Knight Riders’s owner Shahrukh Khan acknowledged the IPL team’s supporter for cheering for them and promised to not let down the fans in the sixth season of the Indian Premier League.

“Thank you for the love and respect. We will not let you down in the Pepsi IPL 2013, we promise,” Shahrukh was quoted as saying by the official website of IPL.

Speaking about his earlier days, Shahrukh said he used to play cricket in university.

“I have been a cricket fan ever since I can remember. I also played the sport in my university days. It is a great sport with traditions of its own.”

“Each format has its own sets of followers. I love all three forms. We recently beat Australia 4-0 in Tests, and of course, we are the defending champions in ODIs. T20 cricket has its own set of plusses, in that it showcases the most exciting elements of the game, in three hours.”

Shahrukh believes IPL is going to get bigger in the years to come.

“The IPL was a success in its first year itself, and has only got bigger and better in later years. This process is going to continue, in the years to come.”

When asked what lead him to buy a cricket team, he said, “I wanted to get involved in cricket and felt that the IPL was an exciting concept.  I guess I was justified.”

The Bollywood actor feels it was KKR’s consistent performance in the last season that helped them win the title.

“We were consistent right through the tournament. Gautam Gambhir led very well, and the players delivered in crunch situations. The team’s interests were respected throughout. Manvinder Bisla played that great innings in the final with the legendary Jacques Kallis anchoring the chase. It was a memorable night.”

“It is difficult to pick one ‘turning point.’ The team was consistent from the start, and it paid off.”

Shahrukh refused to name any particular player to watch out for in the coming season.

“It would not be fair to name a few players. We believe in giving equal importance to every member of the side. I am sure they will deliver.”

“The Pepsi IPL 2013 Opening Nite will be a spectacular ceremony, the likes of which India has never seen before. I will be performing to some of my songs. Katrina Kaif and Deepika Padukone, two of my co-stars, will also be there. Pitbull, the international rapper, will thrill the audiences,” he concluded.