Verma put before the Supreme Court that they want CBI or NIA probe.

Aditya Verma, the chief of the Cricket Association of Bihar (CAB) and the petitioner in the Indian Premier League (IPL) spot-fixing and betting case before the Supreme Court has said that only a Central Bureau of Investigation (CBI) or a National Investigative Agency (NIA) probe is acceptable to them. However, he said that they wouldn’t mind if the Mukul Mudgal led panel agrees to probe after being asked by the Supreme Court to respond by 14:00 hours on Tuesday.

Speaking to the media after the hearing on Tuesday, Verma said, “We put before the Supreme Court that we want CBI and NIA to investigate. But, if Mudgal commission accepts before 2 PM today, We won’t have a problem about it.”

The Supreme Court has earlier rejected the three member probe-panel comprising Ravi Shastri, RK Raghavan and Justice JN Patel. Verma said that they presented before the Supreme Court that Shastri is a paid commentator of the Board of Control for Cricket in India (BCCI), Raghavan is a part of a club that has voting rights in the Tamil Nadu Cricket Association (TNCA) and also appeared before the Mudgal Commission. Also, Verma said that while they do not doubt Justic JN Patel’s caliber, he is the brother-in-law of the acting BCCI president Shivlal Yadav.

The Supreme Court then asked Mudgal Commission if they would want to investigate into the whole matter, where there are serious allegations against the 13 individuals named in the report. The next hearing in the matter has been set for April 29, 2014 . 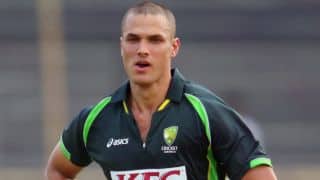