A quick run through the 36-page reply by the Board of Control for Cricket in India (BCCI) to the 171-page report of the Supreme Court appointed Justice Mudgal Committee gives a clear insight into the mindset of cricket administrators and their brazen defiance to come clean on serious issues haunting the Indian Premier League (IPL).

The Mudgal Committee, which made its report public last month, left cricket enthusiasts in little doubt about the role and activities of Gurunath Meiyappan, son-in-law of board president Narayanaswamy Srinivasan, in running the Chennai Super Kings (CSK) franchise. Not that we needed Mudgal to tell us that the young man was the hands-on owner and that his pastime was to bet and pass inside information (or was it trading) to all and sundry.

In the case of the other part-owner under the scanner, Raj Kundra of Rajasthan Royals, there was some element of doubt and the retired chief justice of the Punjab and Haryana High Court wanted his case to be further probed.

The reply also gives one a fair idea as to how cricket officials can get away with murder by taking refuge under technicalities. For instance, the board was quick to point out that the committee did not have the remit to go into the issue of conflict of interest, thus throwing a security cordon around its chief, who is the promoter of the CSK.

The board also knows that Mudgal Committee was only fact-finding in nature and that its recommendations/suggestions are neither binding on it and that the Supreme Court is also not honour-bound to accept them, though the apex court can act tough if it so wishes by ordering a probe into some terrible issues raised by the committee. Frankly, it is a fit case for appointing an SIT since it involves some dangerous trends creeping into the country’s most popular sport – unless the court thinks it has better things to do than waste time on this.

The committee should not be seen like any other set up by the union and state governments from time to time to douse the instant public anger. That’s precisely what the board wants to think of the panel and is hoping the Supreme Court, in a worse-case scenario, would only be rapping it on the knucklesat the hearing on March 25.

The board actually rejected the most critical and contentious points underscored by the three-member committee, which had an advocate, who is also a cricket official and he differed on some of the conclusions.

The board has only accepted innocuous goody-goody recommendations like keeping a check on players’ agents, who are actually very close to key board officials, monitoring players’ mobile phones, which are in any case banned inside the dressing rooms, and setting up an ethics committee with the likes of Sachin Tendulkar, Rahul Dravid and Anil Kumble. Actually, a majority of influential and rabble-rousing former players are already on the board’s payroll.

How come these officials are so powerful even if one concedes that cricket is certainly a better administered sport? Strangely, not many state governments or even the sports ministry are willing to take on cricket officials because they are headed by big-time politicians, corporate honchos or high-profile bureaucrats. They, in turn, beef up the board, even winking at their political differences — an Arun Jaitley of the Bhartiya Janata Party (BJP) and Rajeev Shukla of the Congress can be collaborators.

For that matter, BJP men in the board have joined hands to expel a close confidant of their party chief minister! Their manipulative skills can be mindboggling. When everything fails, they resort to litigation, spending board’s money running into millions of rupees on legal advice and litigation.

Almost every state association is fighting cases in courts. None of them escapes allegations of corruption, whether they are registered under a state societies act or the central company law act. The board itself is registered under Tamil Nadu Societies Registration Act and is governed by state laws. They all get government land on lease at ridiculously low rates to construct stadiums.

From time to time, the political masters try to arm-twist the associations as is now happening in Himachal Pradesh, where a former chief minister’s son was a law unto himself when his father was in power. Now he is involved in a series of court cases for alleged embezzlement and short-circuiting the system as his father’s political opponent is ruling the state. One major charge against the association is that to circumvent the state law, the association has become a company under the central act.

The present state government has questioned how the assets leased to the society could be transferred to a third party company. With it, the HPCA has rewritten its constitution to acquire a stranglehold on the association. That’s what the Rajasthan Cricket Association thought, but a more powerful state government unseated it, bringing all sports bodies under a state act, which on the face of it appears democratic. The Supreme Court is sitting in judgment on a case filed by the aggrieved previous regime.

To give a couple of other illustrations how through litigation state associations perpetuate their control: the Registrar of Societies in Hyderabad has apparently asked the state association for answers to over 100 financial irregularities while in Delhi, the company law ministry has asked why it should not take over the land on which the Ferozeshah Kotla Stadium is lies for not complying with the statute.

Then, there was a hilarious case of an association forcing a national selector to include the son of a union minister, failing which it would face a CBI inquiry into its acts of omission and commission! 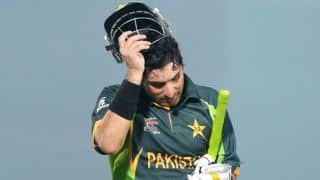 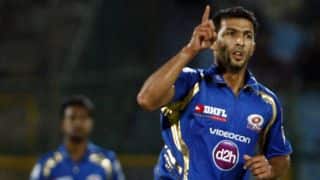 Sachin Tendulkar guided me during the last IPL: Rishi Dhawan