Mahendra Singh Dhoni had maintained that Gurunath Meiyappan was not an official of CSK.

The report, which was partly made public yesterday, has said that investigations have confirmed that Meiyappan was a team official of a franchisee (Chennai Super Kings). Dhoni, who had appeared before the committee, had maintained that Meiyappan, BCCI President-in-exile N Srinivasan’s son-in-law, was not an official of CSK.

In its first report submitted to the Supreme Court, the Mudgal committee had stated “representatives of India Cements, who appeared before the committee, contended that Mr Meiyappan had no share holding in India Cements and hence cannot be considered as an owner of CSK.

“Further, Mr M S Dhoni, Mr N Srinivasan, and officials of India Cements took the stand that Mr Meiyappan, had nothing to do with the cricketing affairs of Chennai Super Kings and was a mere cricket enthusiast supporting CSK,” the report stated.

When contacted, Justice (Retd) Mudgal, who headed the committee, declined comment, saying that the matter was sub-judice.

“I cannot speak on these matters since it is sub-judice,” he said. In the final report, which was released yesterday, the committee said that Meiyappan was “frequently meeting Individual 2 in his hotel room. This strengthens the conclusion of the committee that Individual 1 [Meiyappan] was in close touch with Individual 2.”

“Thus the committee is of the view that due to the scientific evidence of voice-matching and testimony of the security personnel, recorded by the investigating team, the finding about the betting activities of Individual 1 and that he was a team official stand confirmed,” the committee said in its findings. 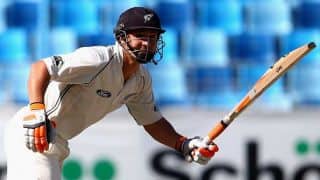 The most weird, yet spectacular chase