New Delhi: The Delhi High Court on Wednesday asked police searching questions about the whereabouts of underworld don Dawaood Ibrahim and his aide Chhota Shakeel in connection with the Indian Premier League (IPL) 2013 spot-fixing scandal case in which all accused, including suspended cricketers S Sreesanth, Ajit Chandila and Ankeet Chavan, were discharged. “You [Delhi Police] have their [Dawood and Shakeel] phone numbers but you don’t know where they are. How can you say that you don’t know where they are? You say entire organised crime syndicate was run by him but you don’t have any evidence against them,” a bench of Justice Siddharth Mridul said. READ: IPL 2013 spot-fixing and betting scandal: Delhi HC seeks responses from 3 tainted cricketers and 33 others

The bench asked advocate Kirtiman Singh, appearing for Delhi Police, whether the probe agency has verified from the service providers about the phone numbers, which were alleged to be used by Dawood and Shakeel, and if the voice samples had matched. “Courts can’t convict anybody if there is no evidence. For framing of charges also there has to be a prima facie evidence that the offence is made out,” the bench said.

It told the police to clarify whether there was indeed a crime syndicate operating to carry out the offence and whether the accused were part of that syndicate. “You have to establish that these accused belong to the crime syndicate run by Dawood Ibrahim and Chhota Shakeel who were using the said phone numbers ,” the bench said.

Responding to the court’s query, the counsel said that from intercepts and voice samples it has been established that phone numbers were used by Dawood and Shakeel and they were in touch with Javed Chutani who was in turn in touch with alleged bookie Ashwini Aggarwal. The bench posted the matter for further hearing on February 11. On November 18, the court had issued notice to Sreesanth, Chandila and Chavan and 33 others on the plea of Delhi Police challenging their discharge by a trial court in the case. READ: IPL 2013 spot-fixing case: Trial court’s order unsustainable, Delhi Police tell High Court

The trial court’s verdict had said the investigators had failed to gather “all necessary ingredients to establish a prima facie case” under the stringent Maharashtra Control of Organised Crime Act (MCOCA). 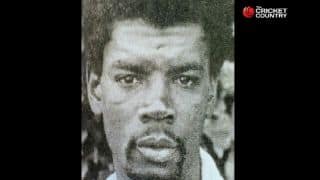