The Delhi High Court on Wednesday agreed to hear a plea seeking direction to the Centre for taking control over the Indian Premier League (IPL) by separating it from BCCI in view of irregularities including spot-fixing cropping up in the cash-rich cricket tournament. 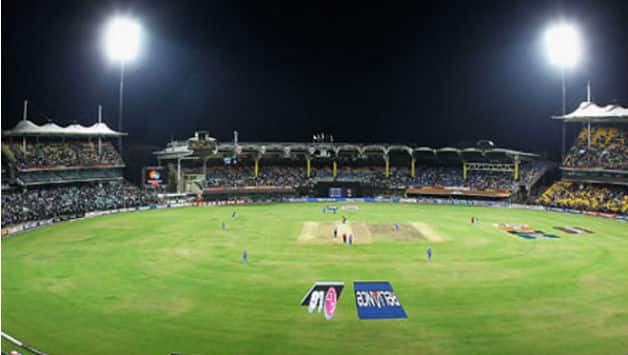 The Delhi High Court on Wednesday agreed to hear a plea seeking direction to the Centre for taking control over the Indian Premier League (IPL) by separating it from BCCI in view of irregularities including spot-fixing cropping up in the cash-rich cricket tournament.

A bench of Chief Justice D Murugesan and Justice Jayant Nath, however, refused to ban the IPL in view of the apex court’s Tuesday order refusing to pass such order.

The bench asked the petitioner, NGO Association for Social and Humanitarian Affairs, to amend its petition by deleting the prayer for ban and posted the matter for hearing on its another plea seeking government control on IPL to August 23.

“The Supreme Court has already dealt with the prayers for ban on IPL. And the probe into the alleged spot-fixing to be monitored by this court and the petitioner’s counsel is also not pressing for them but for other prayers an amendment is required in the plea…,” the bench said.

The apex court while dismissing a PIL on Tuesday had declined to ban the IPL and directed the one-man committee set up by Board of Control for Cricket in India (BCCI) to complete the enquiry and submit its report in 15 days. It had also directed BCCI to act upon the findings of the committee.

Pressing for another prayer for separation of IPL from BCCI, the petitioner’s counsel referred to a statement of the Sports Minister and told the High Court that government should take over the IPL from BCCI.

The NGO, which moved the court through its president Kuldeep Singh Bhogal, had also sought judicial supervision of the investigation into the IPL spot-fixing scandal case in which 18 people — three IPL players, four former players, 11 bookies and their assistants — have been arrested so far.

“The IPL’s model seems to be designed specifically to suit the requirements of the mafia to quickly and efficiently churn huge sum of money using the routes of hawala,” the petition, filed through advocate Rahul Raj Malik, alleged.

“The strategic time out of two to three minutes while the game is being played is misused, as being the only opportunity, for interactions between the players and the bookies to influence the result of the match and session and thereby cheat the nation…,” it alleged, adding that the whole nation has been “cheated” by some unscrupulous players, bookies and others.

The petition also quoted various newspaper reports saying that the bookies are operating from Karachi and Dubai.