An Indian player is under the scanner in the IPL 2013 spot-fixing scandal.

The Justice Mukul Mudgal-led panel looking into the Indian Premier League (IPL) 2013 betting and spot-fixing controversy is said to have asked the Sri Lankan Crime Investigation Department (CID) for their help. It has been reported that an Indian player is under the scanner. The player has been named in the report which was submitted by Mudgal’s panel to the Supreme Court in February.

A report in Deccan Chronicle reported that during the 2010 Asia Cup in Sri Lanka, an Indian player was accompanied by a woman for a couple of nights at Dambulla. Though this was brought to the attention of Lawrence Fernando, who was Sri Lanka’s security consultant, no action that was taken. However, the Board of Control for Cricket in India (BCCI) was informed about it.

“I have directed them (Mudgal panel) to route their request through Sri Lanka’s Defense Ministry. I can’t discuss the issue with media,” Fernando was quoted.

Shashank Manohar was the BCCI president in 2010 and Ranjib Biswal was the manager of the Indian team on that tour. Both of them may be requested to appear before the panel to present their views. 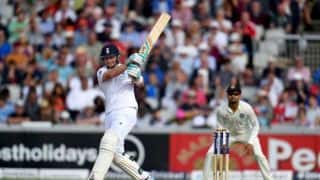