The Justice Mudgal panel which probed the Indian Premier League 2013 (IPL) spot-fixing scandal has said to he Supreme Court that Rajasthan Royals co-owner Raj Kundra was in touch with bookies and had placed bets on matches. The panel has said that Kundra has violated the IPL code of conduct.

The panel also said to the SC that former Board of Control for Cricket in India (BCCI) chief N Srinivasan is not involved in any kind of match-fixing activity, according to a tweet by Press Trust of India.

Raj Kundra was in touch with bookies and was placing bets on matches, panel tells SC: 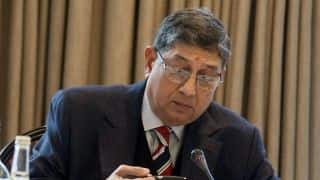