# Amit Mishra became the third bowler to complete 14 wickets (ave.13.78)in the sixth edition of the IPL.

# Dwayne Bravo became the first Chennai bowler to bag 14 wickets (ave.16.64) in eight matches in the current competition. Sunil Narine was the first to complete 14 wickets at 11.35 runs apiece in six IPL games.

# Overall, Dhoni is the eighth batsman to amass 2000 runs at the IPL. He became the first captain/wickekeeper to complete the double of 2000 runs and fifty dismissals at the IPL.

# Dhoni’s match-winning unbeaten 67 off 37 balls is his highest score at the IPL 6 – his second half century in the present tournament.

# Dhoni has got his eighth Man of the Match award at the IPL.

# Karan Sharma has recorded an economy rate of 2.00 – the best in a four-over spell in the IPL 6.

# Chennai Super Kings became the first team to register four consecutive victories at the IPL 6. They became the second side after Bangalore to post six wins in eight games.

# Sunrisers Hyderabad (159/6) have recorded their second highest score at the IPL, next only to the 161 for six against RCB at Bangalore on April 9, 2013.

# Mahendra Singh Dhoni, with Cameron White’s catch, has effected his 100th dismissal as wicketkeeper to complete the double of 3000 runs and 100 dismissals in Twenty20 – his overall tally being 70 catches + 35 stumpings.

# Dhoni became the third wicketkeeper to complete 100 dismissals or more in Twenty20. He has joined Kamran Akmal (132) and Kumar Sangakkara (101).

# Dhawan’s superb unbeaten 63 off 45 balls is his 14th innings of fifty or more at the IPL. His innings is the highest individual knock for Sunrisers Hyderabad.

# Ashish Reddy’s brilliant unbeaten 36 off 16 balls is his best ever in Twenty20. He was associated in an unbroken stand of 43 with Dhawan for the seventh wicket – Sunrisers Hyderabad’s highest at the IPL. 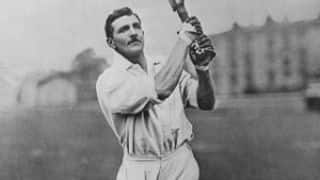 CB Fry: A life worth living 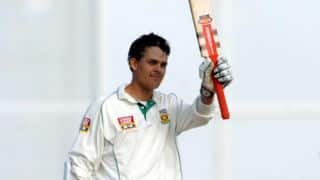