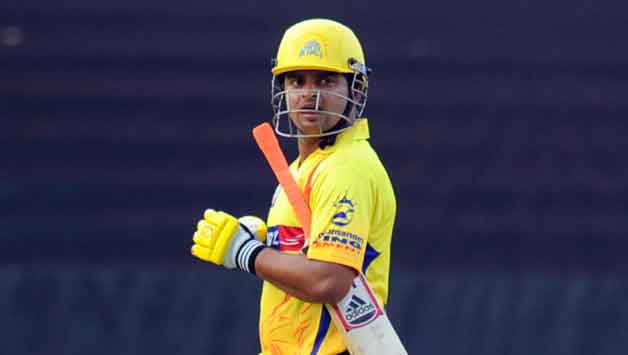 # Suresh Raina has posted his seventh duck in Twenty20 – his fifth in the IPL.

# Vinay Kumar‘s tally of 23 wickets at 21.43 runs apiece in 16 games is a record by a Bangalore bowler in an IPL season.

# RCB’s convincing victory by 24 runs is their sixth in fifteen games [Lost eight and NR 1] against Chennai Super Kings in the IPL – success % 42.85.

# The Chennai-Bangalore game between the two teams is the shortest scheduled game at the IPL, surpassing the 11 overs a side between Delhi and Punjab at Feroz Shah Kotla, Delhi on May 17, 2008. Punjab had won the match by six runs under D/L method.

# Kohli (56 not out off 29 balls) has posted his sixth fifty in the present competition – the first to hit six fifties. He has equalled Gautam Gambhir’s tally of six fifties as skipper last year.