Handed a heavy defeat by the Mumbai Indians, Royal Challengers Bangalore skipper Virat Kohli said for the first time this IPL, his team was "outplayed" by the opposition. 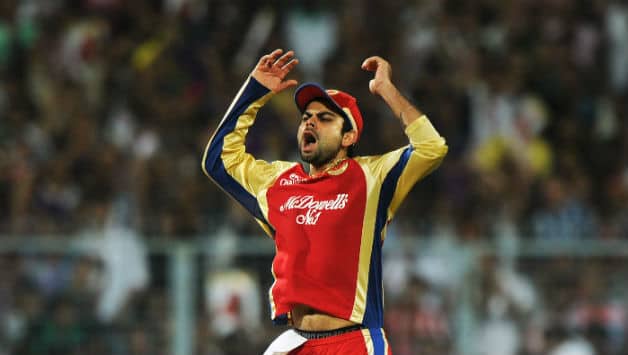 Handed a heavy defeat by the Mumbai Indians, Royal Challengers Bangalore skipper Virat Kohli said for the first time this IPL, his team was “outplayed” by the opposition.

“Our bowlers have bowled well in seven games. It is not always going to happen in T20 that you are going to have a perfect performance on the day and I think we didn’t execute our plans as we wanted to,” Kohli said after the 58-run loss last night.

“Mumbai bowlers bowled much better length than our bowlers and that was the difference. We were outplayed in this game, probably first time in this tournament. It is going to happen. It has happened to every team. It is all about regrouping and focusing on the next game,” he added.

But Kohli also stressed that every team, no matter how good a form it is in, will have an off day in a long tournament like the IPL.

“In this tournament, every team has collapsed once. Our team is no different. Our players will also get out in one or two matches, that we know. But the attempt will be that the top four perform and in the last eight matches we have consistently performed,” he emphasised.

“Today, probably Mumbai bowled better. Our batsmen did not as such hit bad shots but they (Mumbai) bowled in right areas, which built the pressure. And they got the result for that.

“All the credit goes to Mumbai bowlers because they bowled better than us. This will happen in cricket. In one match at least it will happen that your top four don’t click.

Fortunately in every match someone from the top four has scored runs and we will try to do the same,” he explained.

RCB has logged six wins out of the nine games they have played and all of them have come at their home ground Chinnaswamy Stadium. But Kohli said not too much should be read into that stat.

“We will play exactly the way we play at home. The intent has to be positive. We have to be smart. Just one off day and people have already started saying we can’t win away from home,” Kohli said.

“But the two games that we lost [at Hyderabad and Chennai] were not thrashes but last ball finishes. Had we executed our plans well, we would have had eight wins out of nine. It is all about one ball or two inches in one game that we lost.

“You can have that tag of one loss or two loss, but we are not bothered about any tags, saying we are over dependent on Chris [Gayle] or we can’t win away from home. Whoever plays good cricket on that day will win,” he added.

Asked if the team would make changes in the top order, with Sri Lankan opener Tillakaratne Dilshan not being in the best of form, Kohli said, “We are certainly going to look into it. We wanted to go with the top four batsmen in the top four position but we are going to sort out the combination.

“Somebody like Moises Henriques could be an option going forward because he is handy with the ball, handy with the bat in middle order, which we need as well. And he did well in the few games that he played.”

Murali Karthik missed the match due to illness and Kohli hoped that the spinner would recover in time for the next game.

“I hope he is [fit]. He is our best Indian spinner. He has a lot of T20 experience. He has been economical in the games that he has played in. Hopefully he will be fine in the next game and we will have his services,” he said. 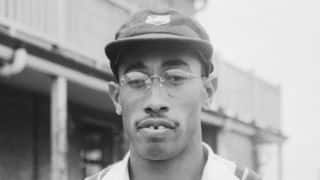